The transition from elementary to middle school is pretty daunting. Even with friends and family to encourage them, kids have worries and think they are the only person to ever feel “like this.”

There are plenty of humorous, self-deprecating stories for upper elementary and middle school students. They are wonderful, funny, and disarming, but they aren’t on this list. Instead, I chose books whose cast of characters are experiencing what your reader is feeling: real, recognizable, and raw.

The books that made this list acknowledge the reality of those feelings as legitimate. Where I (as an adult) see them as coming-of-age stories of encouragement, my preteen self would see the characters as friends who struggle just like me. Some have scenes that take place in school, others make reference to school.

List includes affiliate links to Amazon.com, where a portion of your purchases can be donated to theReadingTub.org. 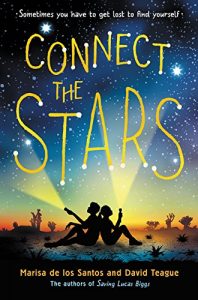 Convinced their personalities will keep them from ever having friends, Audrey and Aaron have resigned themselves to a lonely life. Their parents have enrolled them in a wilderness camp, with 6 other teens, each absorbed by their own issues. Before long, alliances form, and as events unfold, the teens realize that a quirk can sometimes be an ability and that friendship has its own personality, too.

Audrey and Aaron aren’t the only authentic characters. Kids will see themselves or peers in Kevin and Daphne (bullies), Louis (anxiety), and Kate (grieving over her grandmother). 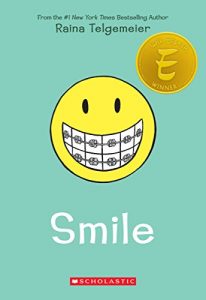 After an accident causes Raina to severely injure her two front teeth, her hopes for being a “normal” sixth grader are dashed. Through middle school and into high school, she is dealing with various treatments to repair her teeth. There’s a lot of “dental drama”: surgery, braces, retainers, and even headgear. Along the way, Raina learns that boys are not the nicest people, friends can be enemies, and you should never stray too far from who you are.

The story is personal, reflective, inspiring and even a little funny. Teen reader: “Throughout the book, I could feel myself wanting to reach out and comfort Raina. The story is very realistic, and she goes through many tough situations, both physically and emotionally.” 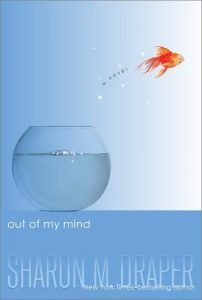 Out of My Mind
by Sharon M. Draper

Melody Brooks (11) has cerebral palsy, a disability that limits her to simply moving her thumbs. Because of this, she has to fight to communicate and let her wishes be known. Now in fifth grade, she has a communication device that allows her to speak with people. She befriends a classmate named Rose, but others bully her because they think she is dumb. When Melody gets a perfect score in a trivia competition, everyone is surprised. Then, she is accepted on the school’s trivia team. Even though her peers are maturing and trying their best to accept her, she still has to endure the judgment people have when they see her, and it seems that this will never get better.

Teen reviewer: “Melody’s character is very relatable, because all of us have felt excluded, different, and trapped. The emotion poured into this story makes it one of the best books I have ever read, which is saying something. Readers are on an emotional rollercoaster, from sadness to happiness to anger, and when it was over, I was begging for more.” 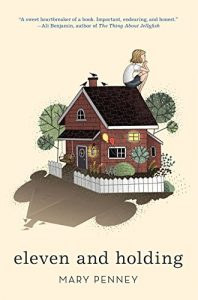 11 And Holding
by Mary Penney

There’s only one week of summer left before school starts and Macy turns 12! Since her dad can’t be here, she has decided to stay 11. Macy doesn’t like change, and she’s had a lot of it lately. Her Dad came home from Iraq but is gone again on some “mission” and he’ll miss her birthday. Her Nana got sick and Macy’s mom forced Nana to sell her coffee shop (to a rat fink)! No dad, no Nana, no coffee shop. Just mom. The worst thing, though, is that Macy is going to middle school and her best friend Twee is still in 5th grade.

Honesty, curiosity, and real-life jump from the page in this wonderful middle-grade novel. Macy (our narrator) shares the stage with her best friend Twee, a Vietnamese adoptee as passionate about learning about her biological parents as Macy is in finding her father. 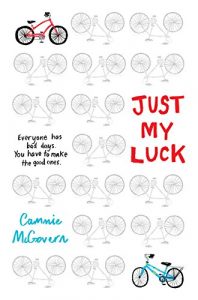 Just My Luck
by Cammie McGovern

Benny hadn’t planned for fourth grade to be so hard. First, his best friend Kenneth moved away, and he can’t find a new best friend. But the thing that weighs most on Benny is his dad’s health. Even though his mom says the aneurysm could have happened “at any time,” Benny is convinced that his bike collision caused it. Now his dad behaves more like his brother George, who is autistic. When friends and neighbors turn out and help in unexpected ways, Benny learns just what real luck is.

Although the events are not typical of every family, Benny’s emotions and his struggle to find/regain control of his life ARE typical. Benny is an exceptional narrator, and the author focuses Benny’s (unseeing) eye on the positives in his life: his relationship with his brothers and the boys’ relationship with their mom, as well as his teacher’s wisdom and observations. 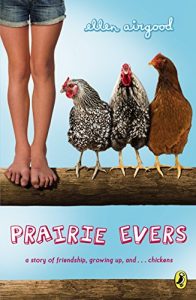 What is there to possibly like about moving from the North Carolina Mountains to Upstate New York? Even if it is the house her mom grew up in, Prairie (10) hasn’t found much she likes here. She likes that Granny has been home-school teacher, but now she has to go to school. A real school! Where everyone has friends and Prairie doesn’t.

This fluffy, heart-warming story addresses real issues such as being an outsider, not having a stable family, and what it means to be a friend, but it is done lightheartedly. As our narrator, Prairie shows us the world – good, bad, and ugly – as a 10-year-old sees it. Through Prairie’s eyes, these people seem real. I, for one, wanted to walk right up to the rude woman in the diner!