It is amazing how long it has taken to get back in the groove … and I’m not sure I’m there yet. Having taken the Red-eye from LA Sunday night, most of Monday was spent sleeping and Tuesday was something of a blur. Wednesday was the last day of school for Catherine. I don’t know where Thursday went, and then I tumbled into Friday and the mid-day arrival of boxes of books.

The BEA Book Report is now finally done. I couldn’t possibly have created a post with all of the titles, so I pulled a couple of books from new sources. By the time I get to the Reading Ahead column later this month, you’ll see more titles, I’m sure. Based on observation, my four boxes is a rather light “take” for the event. Having had the opportunity to walk the floor, it was clear that there were some brazen harvesters about. That created understandably frustrated vendors who probably felt like everyone was looking for a handout.  So instead, I focused my discussion on opportunities beyond BEA: being added to review lists and expressing our interest in high/low books. All in all, I’m very excited about our opportunities for the future.

There were times when I seemed to hit a wall. We are not the only organization who works with at-risk readers, and I’m sure publishers are bombarded with requests all the time. One non-profit told me flat-out that I was their “competition.” I really hadn’t expected that, given that this was a trade show with lots of competitors working side-by-side. I hadn’t realized that we had to choose sides when it came to literacy.  Oh well. There are plenty of great memories to offset that, though.

Before the show even opened,I had the chance to meet some of the Kidlit crew. As someone whose writing is generally limited to her journal and work-related stuff, I love opportunities to listen to authors talk about their craft and the business of publishing. So dinner on Thursday night was such a kick … It was fascinating to listen to Andrew Smith talk about and compare notes about his journey to become a published author with his first YA title, Ghost Medicine (Feiwel & Friends, September 2008) with Barbara Bietz (author, KidLit Blogger, and member of the Sydney Taylor Book Awards Committee), Anastasia Suen (children’s book author, KidLit Blogger, educator, and very proud Mom), and award-wining author Jane Yolen. Anastasia was our tour guide extraordinaire. First, she was able to show us how to get “around” LA rush-hour traffi; then we got to watch sunset from Marina del Ray; and finally, she was able to land us right in the middle of the post-game celebration for the Lakers defeating the Spurs!

For me, BEA opened with the Children’s Book and Author Breakfast. Jon Scieska set a high-energy (adult) tone, that each of the others — Sherman Alexie, Judy Blume, Eoin Colfer, and Neil Gaiman — seemed to enjoy. First, Judy Blume looks younger than me! It was entertaining and enlightening to hear the authors talk about their fears and their publishers’ advice against “crossing over” to youth literature. When I left at 9:30 (I did have some work to do), the panel hadn’t even opened the floor for questions. Later that day, as I stood in line for Sherman Alexie to autograph The Absolutely True Diary of a Part-time Indian (Little Brown Books for Young Readers), I asked him if he was still on a high from the breakfast … he said it was almost gone.

The days were long, but the gorgeous weather was a great counter-balance. Our hotel was just five blocks away, so I walked each morning and evening. Probably more than my legs needed, but it helped to work off the incredible Mexican food at Adoro! It was so good we ate there nearly every meal when we weren’t at the Convention Center.

The key to surviving BEA is being flexible. Some of my appointments didn’t go off as planned, but there is post-event Email. Once you’re immersed in the event, things shift and change, and the pre-planned schedule is part of that. Some things you control, others you don’t. Even with the shifts, there were still plenty of people to see, and I think I stopped by every logical booth. The only places I didn’t go were the ones with gadgets, toys and games, or licensed product.

That said, I am really excited to try out Michele Lallouz Fisher’s new product iRead 2  You. It is a recorder that’s shaped like a bookmark. You read the story into the device and clip it into the front of the book. When a child opens the cover, the recording begins, with you reading the story. It works just like the musical greeting cards … but it’s you! and it records up to four minutes. Can you imagine the possibilities? Traveling parents? Vacations? Riding in the car? Grandparents reading for kids? Kids recording themselves and then listening to the story to reinforce their work? We’re going to test it here with my husband reading a book for Catherine before his next trip.

Some of the best networking came in the autograph lines. We didn’t spend all day there, though it seemed like it at times! Yes, the time could have been spent walking the floor, but then I wouldn’t have met Sylvie from Texas who works with a privately-funded non-profit school for under-served kids. They need books for their library. The school gives each child their uniforms, books, and all supplies,  picks them up each morning, feeds them breakfast and lunch, offers after-school time for homework help, then takes them home. I wouldn’t have met reading tutors, volunteers and librarians and learned about the work in their communities. And I wouldn’t have gotten this tip: use your dirty laundry (might want to be a little selective) as packing material for your books. Leaves more room in the suitcase on Sunday afternoon. 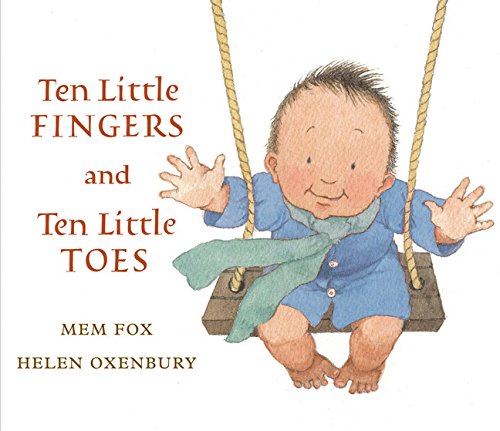 Of all the autographs I got, I think I will treasure Mem Fox’s the most. She was signing her upcoming book, Ten Little Fingers, Ten Little Toes (Harcourt Children’s Books, October 2008) Bear with me … I stood in line behind a young mom and her two children (probably 4 and 2). Mom had the book signed to the older child, and Ms. Fox explained that it was really geared to the younger one. So when it was my turn, and she asked about the dedication, Isaid I was going to save it for my daughter when she becomes a  mom. When Ms. Fox learned that she was just six, she suggested that I save the book and put it on her bed the night before she leaves for college or the night before her wedding. “This is a book about caring, and she will really open to the idea as she’s leaving home to start her new life.” What a nice note to add for Catherine, don’t you think?

Overall, there seemed to be more “gadgets” and toys than I remembered. I didn’t expect to see a booth for Oreck vacuums at BEA. Maybe it’s a sign of the times.  In the West Hall there were at least a dozen empty booths. In the van on the way to the airport, a veteran BEA book buyer commented that this might be his last BEA (he’s been to 19). He thinks shows like this are becoming dinosaurs because they are very expensive to organize and attend; because money spent on creating paper products is ridiculous and wasteful and companies can’t afford it; and because there is so much more you can do online. He agreed that there is nothing like holding a book, but you don’t have to travel to LA to get that feeling.

It’s certainly something to think about. Book Expo America is a great opportunity for us, but it’s not the only one. It may be that ALA and/or the IRA Conventions are better fits.  So in the end, we met our goals, we learned something new, and we have business to build on. Chapter closed.