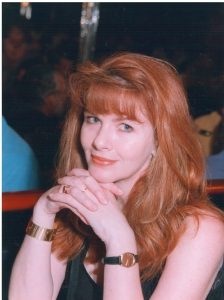 Several years ago, (then) debut South African author Fiona Ingram asked us to read her new book: The Secret of the Sacred Scarab. It was the first book in a middle grade adventure series that is part India Jones, part Spy Kids. Earlier this year, Fiona published the second title, The Search for the Sword of Excalibur.

Over the years we’ve kept in touch. In talking about an author’s journey, we had a wonderful conversation about how authors build their characters. We also talked about “author character” – the impact a reviewer’s comments can have on how a writer approaches his/her work. I found Fiona’s experiences and perspective not just interesting, but valuable. I invited her to build on the concepts of character for an article for the Family Bookshelf, and she graciously accepted the invitation.

Character Matters (and not just on paper)

Writing in a bubble, or an ivory tower, without considering the impact of a reader’s or reviewer’s comments can be detrimental to one’s future writing, and to honing one’s skills. ~ Fiona Ingram

Everyone wants great reviews. All the time. For every title. As writers, many of us feel astonished, slighted, offended, or even insulted when a reviewer does not “get it.” However, reviews are what tell us how our books come across to readers and, after all, isn’t that why we are writing those books … so that people can read and enjoy them?

As a fledgling and very novice writer, I began my middle grade adventure series with The Secret of the Sacred Scarab. It is based on a real family trip. Naturally, I also hugely expanded it to encompass the kind of exciting adventure and mystery any child would just love to experience.

The book includes detailed character portraits of my two young nephews, who had accompanied me on the trip and had inspired my heroes, Adam and Justin.

My nephews are distinct and different personalities and, in my efforts to portray them accurately, I thought I had managed this with expertise and creativity.

Imagine my shock and horror when the Reading Tub’s otherwise excellent review of the book had this to say in Cons:

Although the author mentions the boys’ ages, they are so close in age, description, and knowledge that there is little else to truly distinguish them from each other.

Gasp! They had definitely got it wrong. I knew my nephews. I knew my characters. They are as different as chalk and cheese. But had the Reading Tub got it wrong?

This is where the writer can say to herself, “Rubbish. They don’t know what they are talking about,” or the writer can examine the perception and ask why the characters came across like that.

I chose the latter. I was determined not to make the same mistake twice. I surmise that perhaps because we, as writers, know our characters so well we forget to bring out the details that make them different. The small elements that lift our characters from being stereotypes into unique, fully fleshed “people” between the pages. The reader only knows what we tell them; the reader has to take what we describe at face value, without having access to the deeper knowledge we, the writers, have about our characters. That single sentence from The Reading Tub jolted me out of complacency and changed both my perception of my characters and how I would write them in the future.

In Book 2, The Search for the Stone of Excalibur, I introduced a third character, a young African girl named Kim, based on my foster child Mabel. Was it me becoming a better writer, or was it introducing a third character that changed everything? I’m not sure.

I’d like to think I am becoming a better writer. Either way, I must have done something right because in the Reading Tub review of Stone of Excalibur, the reader had this to say:

The dynamics among the three main characters — Adam, Justin, and Kim — is as interesting as the story itself. Their relationship(s) help keep the story grounded, even when the more fantastic elements (e.g., the Eaters of Poison) come into play.

High praise indeed. Unwittingly, I had introduced a catalyst into the close relationship between cousins Adam and Justin that threatened to split them apart. A factor which exposed the insecurities a young reader might very well also experience in life. It also introduced choices that young heroes – and subsequently young readers – might have to make, such as choosing the moral high ground; doing what is right even when the other person is doing what is wrong; and even apologising and fixing a bad situation.

Building character is not only about creating real and believable characters that readers will love. For me it was about building my own character as a writer. Taking the comments of a respected book review site and pondering thereon.

In Book 3, The Temple of the Crystal Timekeeper (pending publication), I was happy to include new and interesting aspects to my heroic trio’s relationships when yet a fourth youngster joins the team, someone they absolutely have to depend on because if you are lost in a jungle, far from civilisation, you need all the help you can get.

So, if you are a writer and a reader makes a comment, don’t dismiss it. Build your characters and build your own by analysing just what is missing for that reader.

About Fiona Ingram (In her Own Words)

My earliest story-telling talents came to the fore when, from the age of ten, I entertained my three younger brothers and their friends with serialised tales of children undertaking dangerous and exciting exploits, which they survived through courage and ingenuity. The never-ending story was called “Gruesome Gables”, and it certainly was gruesome! Haunted houses, vampires, and skeletons leaping out of coffins were hot favourites in the cast of characters. Although I don’t have children of my own, I have an adopted  foster child, from an underprivileged background, who has grown up with a love for books.

I am a voracious reader and have been from early childhood. I can remember sitting on the bus going home from school, reading, and then missing my stop because I was so caught up in the book. I also went to boarding school at Durban Girls’ College and the boarders’ section was separate from the school. I used to walk down to College House with one foot in the gutter of the path, so that I could continue reading and not walk into a tree or something.

My first book, The Secret of the Sacred Scarab has won a number of awards for children’s literature (and was a finalist for many others). In addition to writing novels, I have also published articles about the art of writing and a writer’s life for a variety of publications (see list here),  as well as my blog Word Magic: All About Books.