Does anybody else think it would be cool to have something like this for #MiddleGrade + #YoungAdult books? Talk about motivating kids to read! The Canada Reads 2022 Longlist Has Been Announced https://bit.ly/3nn9DdO via @BookRiot + @CBCBook #IReadCanadian #Literacy


The Lago family loved their couch to its fullest. But now after countless times reading and sitting on the couch, not to mention playing with it, they needed a new one. They found just the perfect couch, but on the way home, it fell off their car and landed in Llama's field. Llama wasn't quite sure what to do. The couch wouldn't talk or eat, but then Llama discovered it could play on the couch. When the Lago family returned, Llama was sound asleep on their couch. They weren't sure what to do. They wanted their couch but they didn't want to take it from Llama either.

Parent Perspective:
This is a story my daughter would have asked for 100 times. First, she would want a llama (just like the Lago kids). Then she would have taken the sofa apart to build a fort or tent. I like the story's light and realistic humor and the way that the couch inspires family fun time. As for llama, I love his curiosity and perseverance to figure out what a couch was good for.


An adorable llama is just the start! Kids will see themselves (or get ideas) on all of the fun you can have with a couch. A great read aloud to share any time of day.


None ... Unless you don't want the kids to jump on the couch!


Enjoy this story just because. You can recreate some of the Lago's couch activities - from building forts to reading and playing games. If you want to stretch a little, you can talk about Llama's curiosity and what he did to try to figure out what the couch might be. 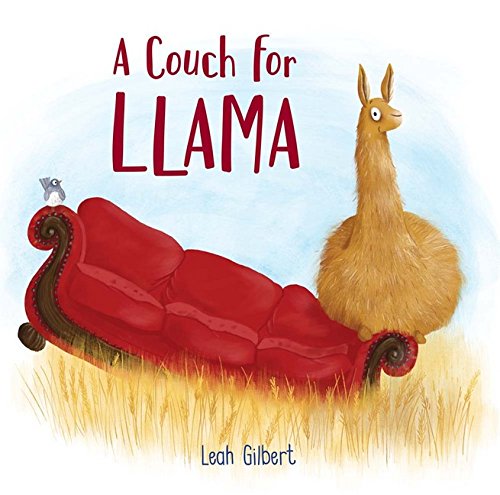 The Patterson Puppies and the Rainy Day

Chief Rhino to the Rescue

Is Your Mama a Llama?