Rosemary (12) can't stop blaming herself for her role in allowing Aunt Lily Le Fay to steal the Bliss Cookery Booke. Things have not been the same in Calamity Falls since people started using Lily's Magic Ingredient! Rose is determined to get it back and stop her aunt from selling her elixir, which has an evil side effect. With the help of her parents and brother Thyme (aka "Ty"), Rose disguises herself to be in the television audience when Aunt Lily is filming her cooking show. At the end of the show, Rose stands up and challenges Aunt Lily to compete against her in the biggest baking contest in the world: the Gala de Gateaux Grand in Paris, France. If Rosemary wins, Lily has to return the Bliss family cookbook - and stop selling her magical ingredient. Does a 12-year-old girl really have a chance when Aunt Lily has all the recipes and the magic ingredients? Only one way to find out!

Parent Perspective:
This is fun to read, and young readers will enjoy the wordplay, magic, and puns. Rose is a great narrator, and her siblings (Thyme, Sage, and Leigh) have great personalities, too. My one nit is that their parents are identified as "Purdy" and "Alfred" which, for me, created a formality that distanced them from their kids that didn't fit with the story. Maybe if I had read Book 1 first I would better understand the dynamic, but I found it awkward.

This is a wholesome read that you could share with kids as young as first grade. The evilness of Aunt Lily is pretty tame and is on par with some of the characters in Disney films we grew up with. Recommended as a family, bedtime read aloud.


Adventure, humor, and a wonderful cast of characters will have readers hungry for more! Foodies and fantasy fans will get their fill, too.

Type of Book:
This is the second book in a middle grade series about a Midwestern family and its magical family recipe book.
Educational Themes:


This is a book for fun reading. One way to extend the fun would be to brainstorm what recipes would be in your family's cookbook. A great table topic (pun intended) would be to talk about Rosemary's efforts to break into her Aunt's hotel room: was that a form of cheating? 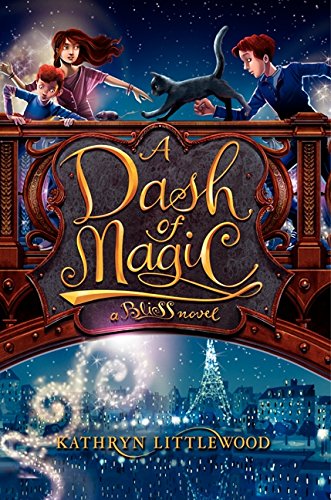