In the Tribal Areas of Pakistan where Maria Toorpakai Wazir was born, women lead very cloistered lives. Tribal law and the Taliban restrict nearly every freedom women in other parts of the world. Frustrated by these societal controls, Maria cut her hair, changed her name, and started living life as a boy. After getting in fights with other boys, her father encouraged her to use sports to channel her energy. She discovered she had a talent for squash, a national sport. She even made it onto a boys club team! but once she was discovered to be a girl, she quit the team because the Taliban threatened her and her family. Maria continued to practice in hiding, and at 20, moved to Canada to train. Despite leaving Pakistan, she continued to represent her country. Thanks to her success and recognition, Maria has returned to Pakistan, where she works to serve children - so that everyone - boys and girls - can have a chance to live their lives to the fullest.

Parent Perspective:
If you've ever wondered whether girls trying to be boys ever "really happened," this book answers your question: Yes! The author does an exceptional job setting the stage for why Maria felt compelled to "become" a boy; explain the risks to her family for that choice; and the impact of her decision on her own life. As this is a book for younger children, there is no gore or heavy detail about the atrocities carried out by Taliban members.

My one issue is the unexplained leap the story takes after Maria is welcomed to the local squash club. She is welcomed on one page (and noted as the only girl on a team of 400), and the very next sentence is "With Maria's secret out ..." I went back and forth on the pages a couple of times thinking I missed text or that there was an illustration detail to help. Neither existed, and it is not explained in the longer detailed narrative at the back, either. The information gap is very obvious. Given how deftly the author handled other aspects of the story, she surely could have bridged this topic better.

This is not a picture book for "little kids" For readers to fully grasp the depth of Maria's story, they need to have some sense of themselves and the world around them. They don't have to know what the Taliban is, but they will need knowledge to contrast how girls and women are treated in the Tribal Areas v. girls/women in other parts of other cultures. A Girl Called Genghis Khan has been added to my shortlist of must-read picture books.


Readers will be amazed by Maria's story. Anyone who has ever thought that girls trying to be boys is for "fairy tales," will be gobsmacked that not only is it true, but it has happened in the last 25 years! Maria sheds light on cultural traditions many Westerners don't understand. With exceptional storytelling, readers will grasp the emotions and risks that Maria and her family took in helping her achieve her dreams. A truly inspirational, educational story.


Maria grew up in a culture where men have supreme control. The story retells an incident where a man slapped her for being outside and picking up a ball. It is not overdone, but it is not a behavior that most children see or experience.

Type of Book:
This is a picture book biography about a young girl who had to change her identity to stay alive.
Educational Themes:


Creating a timeline of Maria's life is fairly easy, thanks to the author's work not just in the main text, but also in the narrative at the back of the book. The book creates wonderful opportunities for learning about squash, geography, and social studies, particularly cultural norms and traditions. As the author points out, the restrictions Maria suffered as young girl were not universal in Pakistan.

The deeper layers of the book relate to Maria and her family. She and her parents not only defied local rule, but put the family at great risk of harm. Their choices - and Maria's - can prompt lots of discussion. 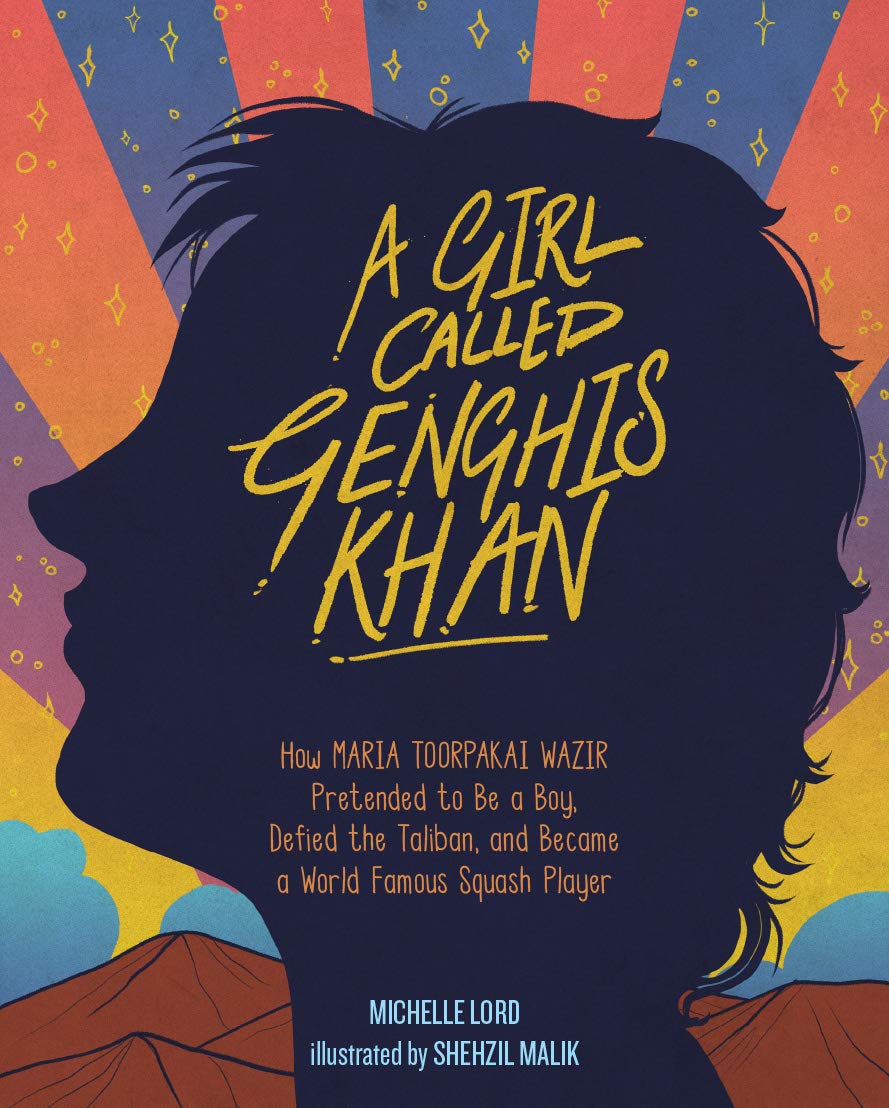 Written in the Stars

Queen of Physics: How Wu Chien Shiung Helped Unlock the Secrets of the Atom