Great article from @NatGeo with tips on ways to diversify your shelf AND engage your children in discussion, as well. Diversifying your home library can help you raise an anti-racist child https://bit.ly/2CtFOUk #diversebooksmatter


Thomas "Tommy" Buergenthal was five when World War II started. He lived in Czechoslovakia with his German mother and Polish father. Pushed into a ghetto in 1944, Buergenthal remembers leaving behind a favorite toy. Writing 50 years after the events, the pain of leaving something - or someone - behind has never been forgotten. From the ghetto to Auschwitz and ultimately to Sachsenhausen, he also never forgot what the fortune teller told his mother: he was a lucky child. This is autobiography reflects on Judge Buregenthal's life as a Jewish boy in World War II and how those experiences ultimately impacted how he leads his life.


Thoughtful and thought provoking, A Lucky Child offers readers a personal story with a universal study of humanity's best (and ugliest) moments.


In this memoir of his life as a young prisoner, Buergenthal adds depth and a thoughtful voice to other stories of the Holocaust you may have read. Buergenthal doesn't diminish the horrors of life in the ghetto or the series of work and concentration camps. Instead, he focuses on the connections, accidental fortunes, and human choices. At several points in the book, Buergenthal offered the reader questions about choices (e.g., why do some people abandon principals or turn on their fellow prisoners?) and perceptions (were the post-war Polish looters different than the Germans?). It is a must read with any other book on the subject.

Type of Book:
NOTE: We read the first edition. Newer editions include additional documentation about Judge Buergenthal's parents in the Afterword.
Educational Themes:


Geography is important to the story, and one way to bring more to the story would be to find a map of the era and plot the various locations where Buergenthal and his parents grew up, lived their early life, and the marches to the work and concentration camps. 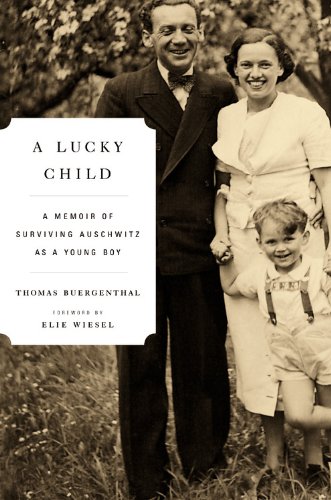 Symphony for the City of the Dead, Dmitri Shostakovich and the Siege of Leningrad