Atwater is a typical elite, all-girls boarding school in New England, that is steeped in tradition and filled with students from affluent and prestigious families. To the community’s distress, an alumna who graduated 20 years ago is now accusing a current faculty member of rape. She is suing the school for covering it up, and right before the school year begins, boldly confronts the community by placing signs in front of the school that read “A rapist works here.”

The administration attempts to police the scandal and ensuing conversation. Despite their attempts to hush the rumors with vague assurances, the skeleton is already, irreversibly, out of the closet. The students must navigate high school against this gruesome betrayal from the institution, carving themselves unforgettably into Atwater's history.

NOTE: The central theme of the story is about sexual assault and non-consensual sex with a minor. This may be triggering for some readers.

BTSYA / Teen Reviewer (16):
The author uses multiple perspectives, with each narrator offering a distinct snapshot of life at Atwater. The reader explores the lives of students of varying ages, economic statuses, and social circles. While the girls deal with a diverse array of personal challenges, they lead intertwined lives under the same roof.

Unlike other books that focus on the drama of a rape allegation and its culprit, this story offers an acute look into the case’s lasting ramifications upon a community. Some students thoroughly involve themselves in the turmoil, and others only stand at the border. The defining feature of the book, though, is the girls’ profound connection with each other. No matter their differences and conflicts, everyone is burdened by the same weighty expectations of their peers, adults, and society. The girls are ultimately united by their shared coming-of-age, often discovering unexpected friendships along the way. The author expertly crafts these experiences with precision, creating a highly realistic portrayal of teenage girls’ complex lives.

I recommend All Girls by Emily Layden to young adults, especially women. You’ll see your past self in the Atwater girls and relive your own high school days, from the tense trickiness of the social hierarchy to the harrowing complications of self-discovery. It will feel as if the author had reached into the crevices of your own heart, plucking details from forgotten memories to painstakingly recreate such intricate emotions and contexts.

Of course, one most fundamental theme is the strength of young women in the face of these difficulties. This book, at its heart, is a collection of the Atwater girls’ truths.


Gripping, realistic details in a fictional story wrap themselves around a number of contemporary issues - some uncomfortable, but importantly thought-provoking. Readers will find themselves immersed in Atwater and these girls' lives as if they were real.


The premise of the story is a student accusing a faculty member of rape. Thus, there is violence described in the story. There is an explicit scene describing non-consensual intercourse. There’s extensive build-up, so it’s easy to skip, but similar heavy themes are present throughout the story.

The book pinpoints several girls’ struggles against attempts to silence their voices. Students also confront a variety of other sensitive issues, including mental health, LGBTQ+ relationships, and racial discrimination.

Type of Book:
This YA fiction novel is both fictional and realistic. The characters and the issues they deal with are real, though the school is not.
Educational Themes:


Despite its setting in a fictional, elite boarding school, All Girls deals with some very real themes both at a societal level, as well as individual choices.

Once you reach the point in the story where the lawsuit is "presented" in the plot, stop to talk about what you think will happen next? Why is that? Is it based on the story so far? Is it because of what the process "should be?" Or is your reader drawing in real-world examples? Lots to explore. 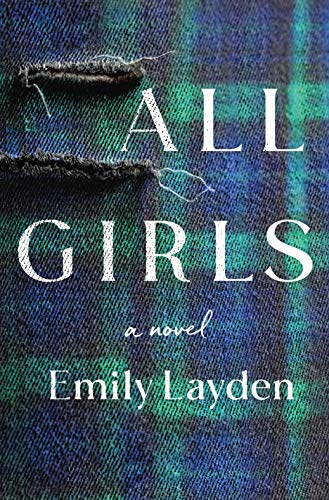