Dylan (15) has been nicknamed “The Beast” because of his 6’4” height and endless body hair. Boys tend to shove and make fun of him; girls gawk and start running when he walks casually behind them. JP, his best friend since first grade JP, uses his popularity and good looks to intervene and protect Dylan.

While on the roof trying to retrieve a football, Dylan falls and breaks his leg. At the hospital, he asks the doctor if there is someone who can help stop the growing bones, the hairy skin, the disgusted stares. Instead, to Dylan’s horror, he is referred to a therapy program for self-harming adolescents. He meets Jamie, and suddenly, Dylan finds himself sneaking out of therapy appointments to hang out with Jamie. Everything is going well in their relationship until Jamie shares a secret about herself that changes the way people see Dylan and the way Dylan sees Jamie. Now, Dylan is questioning everything: his sexuality, his friends, his feelings, and even the relationship between his mother and deceased father.

BTSYA / Teen Reader (15):
I like the thought that went into each of the characters. Being able to clearly see other individuals' shortcomings and weaknesses (not just the main characters) makes the story more interesing and gives readers more insight about the multiple perspectives in the plot. The main characters and their love interest is less cliché, as compared to other YA novels  It was nice to see character development in Dylan and to see him open up to Jamie more. However, I feel like some of his responses or reactions were a bit unrealistic. For example, his outburst after Jamie revealed her secret seems a bit too extreme.

The title of the book suggests to me that this is a story about Dylan's personal transformation (learnig how to accept his insecurities about his appearance). Toward the end, Dylan has changed, but it wasn't a satisfying conclusion to his personal journey. But it's really more about his love story with Jamie. If the novel was supposed to center around both of them, then it would have been better to give readers a bit more backstory about Jamie’s life, as well as her personal thoughts and emotions. Her identity and story significantly affect the plot and Dylan's growth, so It would have complemented the novel well if we were able to hear more of her voice and perspective.

Overall, I still enjoyed this book. This is a young adult novel for readers at least 15 years old. There is some strong language and also suggestive content. If you want to read a realistic fiction story about teenage love, self-discovery, and acceptance, this is a great choice. It is also one of the less common books that contain LGBTQ characters, so if you’re looking for a different take on other romance stories, this would be a great pick!

BTSYA / Teen Reader (16):
Beast is so real and honest in how it shows readers the true pain Dylan, JP, and Jamie each faced. I love how raw Dylan’s emotions are. Never once did I feel like I couldn’t understand how he felt. The vulnerability Dylan had when he was in the basement was so tear-jerking. Even Jamie had several moments of vulnerability, which made the characters even more realistic and believable.

The book is lacking a better perspective from JP, though. Understanding how Dylan and Jamie felt were easy to comprehend, but JP’s story was hidden from the audience. I wanted to know why JP did the things he did, and why he didn’t rely on others except for Dylan. Other than that, the book was very well-written.

This is a novel geared for teenagesr 14 and older. It is more of a get-it-for-yourself kind of book, since not every teenager is interested in reading romance/drama. I highly recommend it for older teens since this book is an eye-opener about the emotional stress and daily problems LGBTQ+ teens face every day. This book is all about supporting teens who are a part of the LGBTQ+ community or discovering their true selves.


If you like well-developed characters whose personalities are distinct, with emotional expressions that are honest and raw, The Beast is the book for you. The Beast is realistic fiction that offers an uncommon story that is less cliche than other YA romance novels.


Characters use profanity and there is sexual content. Our 16YO reviewer explains that they are n either too graphic nor explicit, but should be noted when considering the age of the person reading the book.

Type of Book:
This is a multi-perspectives story about three teens trying to find acceptance in themselves and others.
Educational Themes:


This would be an exceptional choice for a teen book club. The characters face choices and have struggles that are both universal and individual. The opportutnies for understanding, empathy, and creating your own "action plan" to help others are endless.

Reading Level:
unknown
Recommended Age To Read By Yourself:
16 and Up
Recommended Age To Read Together:
15 and Up
Age of child:
Teen STAR Review Team, Be the Star You Are!™ . Reviewer ages: 15, 16
Purchase Recommendation:
Definitely borrow. If you know a teen who is struggling with gender identity or coming out, you might consider this as a gift idea. 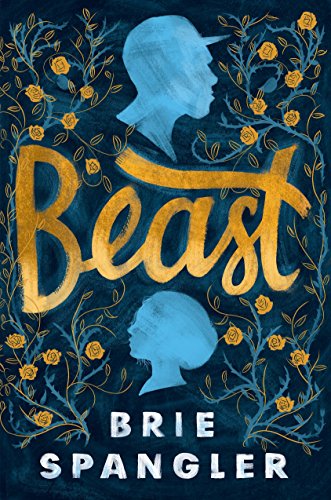 All the Bright Places

If I Was Your Girl