Analyn "Apple" Yegko and her Mom came to the US frome to the Philippines for a fresh start, and apparently that means "forgetting" about dad. So her past-time is creating her IF lists of three Interesting Facts about the people in her life. Her favorite is her playlist of Beatles songs she copied from a cassette of her dad's. She can't share that one with her Mom, who shuts her down when she tries to talk about her dad's death.

Apple can't tell her mom about the Dog Log (self IF #1), an unwritten list of the so-called ugliest girls in school. Being on that list, Apple has no friends. Meet Evan Temple, a new student who just moved from California. Evan is different, and although the students tease him, it doesn’t seem to bother him like it bothers Apple when she is teased. Evan shows Apple how she can be content with herself, too.

Apple also befriends Heleena. Like Apple, Heleena isn't popular and she like music. Heleena is the best singer in school. When the music teacher gives Apple a guitar to practice with, she discovers that she is pretty good. She has to keep the guitar hidden from her mother, who doesn't approve of her music interests. Through music, Evan, Apple, and Heleena become closer. Apple gets Heleena to learn some Beatles songs so she can sing while Apple plays guitar. When Apple’s mother finds out she plays the guitar, Apple learns some things about her mother that brings them closer.

Parent Perspective:
I couldn't put it down! The story is vivid and pushes all your buttons, from empathy to outrage. The characters speak authentically, giving the reader the chance to ask themselves "is that me?" or "what would I do in that situation?" Apple's struggle with her ethnicity and identity come through poignantly, as well. Apple's mom was major disappointment. Her selfishness and disengagement from her daughter's life seemed stereotypical as a character, but inconsistent with the quality of characters in the story. I would also have liked to seen Mrs. Hill grab the loose thread of the Dog Log and other destructive lists going around the school.

BTSYA Volunteer (41):
My favorite thing about this book is that it shows that it’s okay to be different. I like that the story encourages young people to embrace their talents and be comfortable being themselves. I think this book would make a great gift for ages 11 to 14.


Teens will see themselves and their friends in this vivid story of middle school life.

Type of Book:
This middle grade novel offers a realistic and thought-provoking look at life as a middle school teen.
Educational Themes:


There are a number of themes that are natural conversation starters with young readers: prejudice and racism; family; friendship and relationships; grief, loss, and change; immigration, multicultural families, and transition; and pursuing your dream.

Reading Level:
4.4
Recommended Age To Read By Yourself:
10 and Up
Recommended Age To Read Together:
10 and Up
Purchase Recommendation:
Buy. This is a book that offer insight for tweens and teens, reminding them that life is bigger than themselves. Don't assume this is a book just for girls. Apple and Evan are "every teens" to whom readers will connect. 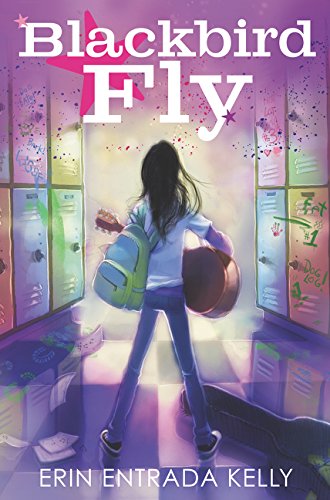 The Not-So-Star-Spangled Life of Sunita Sen

Momentous Events in the Life of a Cactus

Insignificant Events in the Life of a Cactus