Anastacya "Ana" Mikhailov (18) is the crown princess of the Cyrilian Empire. This is a kingdom where those with an Affinity (magical gift) are feared and forced into slavery. Ana's is a blood curse: an ability to manipulate blood. It is also why she has hidden her ability and lived locked away in her family’s palace for most of her life. When her father the emperor is murdered, Ana is accused of his death. She flees Cyrilia to escape her execution.

Still, she is haunted by her blood Affinity and believes that part of her is a monster, a demon that spiraled out of control. Now, almost a year later, Ana follows endless clues in the search for her father’s killer. In the process she meets Ramson Quicktongue, an expert criminal and con artist with a shady past. Ramson and Ana quickly made a deal to help one another. Together, they embark on a journey to unveil layers of corruption throughout the empire and discover the truth about the emperor’s murder.

BTSYA / Teen Reader (13):
Inspired by the story Anastasia, Blood Heir is a captivating, fantasy and adventure! I love how the story expresses such a powerful, positive message of self-love and acceptance. Each experience is clouded by memories: her father never wholly loved her after he learned of her Affinity, the bloody death of each life she’d never meant to take. Near the end, though, Ana realizes that she must forgive herself for her past mistakes and embrace both sides of who she was to truly move forward.

From stunning scenes of Ana and Ramson in the falling snow to picturesque places of them by a raging river, these beautiful, romantic moments are delicately scattered throughout the book, but do not overpower the plot.  Not only do they show the deepening of the relationship between Ana and Ramson, but they also provide a perfect break from all the heavy, seemingly insurmountable obstacles. Contrasted against the darkness of Affinity trafficking, graphic deaths, and thrilling battles, the romantics were the perfect breaths of lightness.

Blood Heir is a powerful, epic, fantasy novel and I highly recommend this book for fans of mystery and adventure who are 13 or older.

Type of Book:
This is a murder mystery adventure based on the story of Anastasia.
Educational Themes:


Enjoy this book as leisure reading. 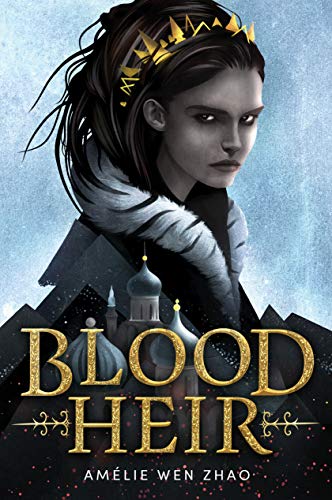 Forest of a Thousand Lanterns