Sophia Grimmes lives in Lille, where women are counted as property. Each year, King Manfred hosts a ball at the palace, in honor of the late Queen Cinderella, so men can hand-pick their spouse. Sophia wants to escape the king's evil hand, but when Sophia learns that her love, Erin, doesn’t love her back, she feels hopeless. Instead of finding a husband at the ball, Sophia runs away after arriving at the ball. King Manfred's guards begin their chase to capture her. While living on the run, Sophia receives horrible news about a friend. Stumbling around with grief, Sophia takes shelter at Cinderella’s grave. There, she meets Constance, a feisty redhead who is a descendant of Cinderella’s step-sister Gabriella. Together, the pair sought out the fairy godmother in hopes of stopping King Manfred from causing more harm to the women of Lille.

BTSYA / Teen Reader (15):
Cinderella is Dead has a perfect main character who sacrifices everything to bring justice for all women. Sophia is such an admirable character. Sophia's strength and bravery are remarkable, making her the perfect role model for anyone. She is not only strong, but also not afraid to admit to and fight through her fear. Sophia is represented as a member of the LGBTQ+ community, conveying that she is not only fighting for her rights as a woman, but also her rights as an LGBTQ+ member. Constance is also an amazing character. Through her, the author showcases determination and honesty as her strongest characteristics. Together, they are the ultimate power couple, giving the people of Lille the power to fight for their rights as women and as LGBTQA+ members.

Honesty and bravery are key points of this book. It illustrates the ways good people’s opinions can have on this world and our society. Without different political opinions, our world could become just as corrupt as Lille under King Manfred. Cinderella is Dead also covers important topics such as women’s rights, LGBTQ+ rights, and having the freedom of voicing your opinions and views.

I recommend this book to anyone 13 and older. It is the perfect book for a gift or as a self-read.

My favorite aspect is its empowering, unique main character. As a black, lesbian woman, Sophia broke through heavy barriers of discrimination in her hometown to fight for women’s freedom. She demonstrates her courage, determination and selflessness in countless dangerous situations. Unfortunately, there were minimal explanations or memories of her younger years in Mersailles that could have really enhanced her character. In addition, Sophia had very few flaws and made minimal mistakes, creating an unrealistic character who was a bit challenging to relate to.

Although there were some adventurous and engaging experiences woven into the plot, I would have loved to see a bit more action in the middle section. Additionally, there were numerous side characters that were not well developed and barely seen during the story apart from the very beginning and end. I might recommend Cinderella is Dead for those 11 and older who are looking for a simple, fairy-tale inspired read.


This is so much more than a re-telling of the classic fairy tale. It speaks to courage, empowerment, and freedom of expression.

Type of Book:
This is a retelling of the classic fairy tell in a way that incorporates contemporary issues in our society.
Educational Themes:


There is a lot to parse from this re-imagining of Cinderella. Relationships - healthy and dangerous - set a foundation for many of the other concepts presented. Although Cinderella takes place in an "era" that feels historic, the issues are front and center in today's society. Let your teen take the lead on what they want to talk about. 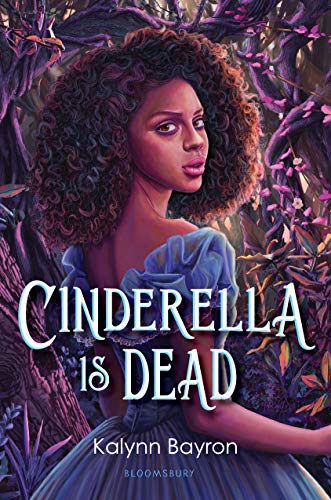 House of Salt and Sorrows

So This Is Love: A Twisted Tale

A Song Below Water: A Novel