Sadie is New York native ready to meet her soulmate. She is an optimistic, hopeless romantic looking for her prince charming this summer before college starts.  Rosanna and Darcy, also getting ready to start college, share the apartment with her. Together, they are ready to have the times of their lives and th best summer ever, before starting school. This Is Rosanna’s first time in New York. She grew up poor and still doesn’t have a lot of money. She is trying to leave her childhood trauma back in Chicago.  Darcy, the adventurous and individualist roommate, is from Southern California. Her father is paying all her expenses, as long as she is in college, so she has a spending advantage over her roommates. Just before she left California, her boyfriend broke up with her and she is ready for a free life with no commitments.

Sadie meets the boy of her dreams on the job. Austin is charming, sweet, and everything she has ever wished for in a boy. If they are seen dating, both will lose their internships. Rosanna finds love very unexpectedly. She meets Donovan, who lives a very wealthy Manhattan life. Even so, she finds herself in a relationship, as he pursues her intensely. Darcy’s relationship with her ex was toxic, and she isn’t interested in a new relationship. Jude, however, might just changer her mind. Their chemistry has her rethinking her position about commitment.

BTSYA / Teen Reader (17):
This is one of the best books I have ever read. The story is well organized, the storyline is not all over the place and it is easy to stay on track. Each chapter switches between the girl’s lives which really can keep readers on their toes. I like that there are three point of views. That makes it more interesting because it expresses the characters feelings and gives a lot of background information, too. Each character’s backstory shows what has shaped them into how they became the way they are. At first, I did not like Darcy as she was very rebellious and came off as spoiled. It was also annoying how she was negative and did not believe in love.  As the story progresses, it shows readers that someone can screw up and that some things need to be deserved rather than given. I like Sadie, who is very positive. She never gives up and stayed true to herself (did what was best for her). She brought a lot of light to the story. Rosanna is kind of bland and very insecure.

This is an enjoyable book to read, but I think it is for a book for older readers as it is a romance.  It does not take on serious issues and is mostly about the girls exploring their lives while they live in New York City for a summer.  City Love would be great as a gift.


Looking for a breezy, beach-read type book, dream of living in Manhattan for the summer, and dig books with multiple points of view? Pick up  City Love.


None mentioned by reviewer.

Type of Book:
This is a story about three girls sharing their experiences of spending the summer before college in New York.
Educational Themes:


Read this for fun. 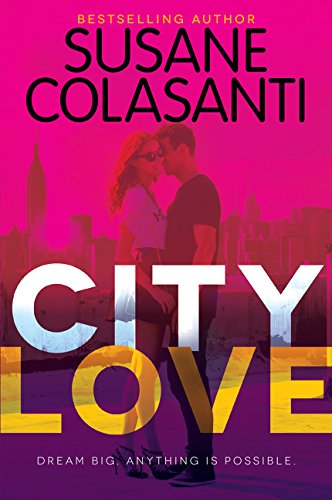 The Summer I Turned Pretty

It Ends With Us