Cooper "Coop" Goodman and his mom live with his Grandfather ("Gramps"). His father, a Marine, died five years prior, and now they live in the house where his dad grew up. His mom Delilah runs A Latte Books, a favorite gathering spot for the locals in this small Georgia town. Coop and his best friends, twins Justice and Liberty Gordon, were working in the coffee shop the morning of the big news: a body was found buried under the swings at the old playground. They LOVE mysteries and can't wait to start working on the case!

It turns out that the body they discovered was Coop's grandmother, Tabby; and Gramps is the prime suspect. When Beau Knapp (bully) makes one crack too many about Gramps, Coop snaps. Now suspended from school and grounded, it's going to be harder to gather clues. And NOW, Beau is living with them - in Coop's room! - while his dad is in the hospital. In the process of proving that Gramps didn't kill his wife, Coop and his friends uncover other town secrets ... and someone who doesn't want them exposing them!

Parent Perspective:
In one word: wholesome. The story is simultaneously contemporary and old-fashioned. The writing is descriptive and you can see the locations and imagine what the characters look like. Through Coop's investigation you get to know a little bit more about each of them, but not enough to say they are "fully developed." Because they are Coop's best friends, I would like to have learned more about Liberty and Justice. Ruth and Merriwether Feather are a bit too stereotypical which makes them stick out a bit too much.

Even so, Coop's relationship with his mom and grandfather shine through as genuine, and kids will relate to them. The author also did a great job conveying Coop's sense of loss and missing his dad. Simply stating he died as a Marine tells the reader all they need to know.

All in all, an enjoyable who dunnit that would make an excellent read-aloud at bedtime. This is one that you can share with readers in third grade and up. Even teens would enjoy listening to this one!


Coop Knows the Scoop is a cozy mystery you can read aloud and feel comfortable reading with younger kids in the room. The family dynamics are genuine, and Coop's relationship with his mom and grandfather is realistic, too. If you like contemporary stories with a "classic" feel, this is an enjoyable read.

Type of Book:
This is a middle grade murder mystery set in Georgia.
Educational Themes:


This is a mystery to read for fun, but there are themes of family, trust, friendship, and foregiveness that are easy to build upon based on events in the story. Coop's mom is now starting to date after the death of her husband (Coop's dad). Kids in similar situations (single-parent homes) may want to talk about that theme, as well. 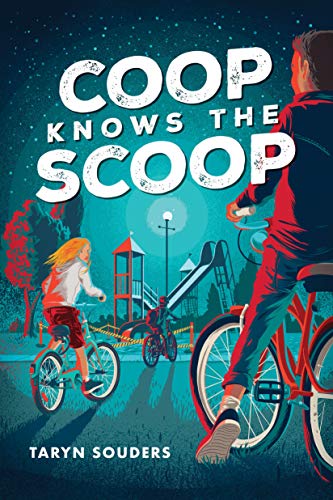 The Case of the Stinky Socks

The Magic In Changing Your Stars