Most of the time being bigger and looking older is a drag. Except when it came to the Cosmic! Because he was tall enough, Liam Digby (11) was able to ride the most famous ride in Enchantment Land. Now he wants to ride the Rocket, described as the "Biggest Thrill Ride in the History of the World." It is in Infinity Park, China. [Liam is in the UK.] If he has any chance, his Dad has to enter and win a contest.

Unable to convince his dad to enter the competition, Liam enters on his behalf ... and wins! With some careful planning and a bit of deception, Liam (acting as Dad) and his best friend Florida (acting as his daughter) make their way to Infinity Park, where they meet Dr. Drax, the inventor. When Liam learns that the ride is only for kids, he is heart-broken ... until he is able to convince Dr. Drax that the kids need a chaperone! Now that they have blasted off, will they be able to make it back to earth?

Parent Perspective:
I really struggled with this book. The story dragged along, and it isn't until about 2/3 through the book that Liam and friends actually make it into space. The characters are a bit stereotypical - especially the over-the-top dads - and take away from what could be a fun, original story.

Aside from the fact that he talks in too much detail, Liam is not a particularly likable character. At first, I felt sorry for him being bigger and looking older than 11. But it wasn't long before he was using those attributes to make a game of duping adults - sometimes making dangerous decisions. Yes, this is fantasy fiction; but it is also a character driven story. Ultimately, I gave up trying to read the book and jumped ahead to the last two chapters just to see how it ended. Not recommended.


On multiple occasions, Liam pretends to be something he is not. Essentially, he lies and manipulates situations to get what he wants. That may not sit well with some readers. There is a bit of British-ness about the story, with spellings and other frames of reference that may not make sense to some readers.

Type of Book:
This is the story of a boy's adventure in outer space.
Educational Themes:


This is a story that stretches the imagination and is mean to be fun. 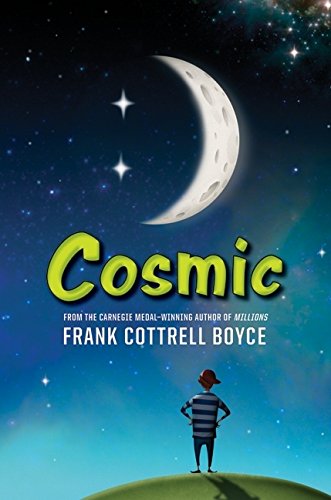