YAS! A study of more than 58,300 kids + teens (ages 9 to 18) shows that "52.9% of them said that listening to audiobooks has increased their interest in reading." #Audiobooks help boost reading and writing skills https://bit.ly/3gVkF4b via @theSundaily

"A superb choice for helping young children connect their feelings to something tangible." Let My Colors Out by @CFiligenzi @MomsChoiceAwards https://bit.ly/38Meqgi #parenting #picturebook #AwardWinning


Seven years ago, Xing (pronounced "shing") and his parents emigrated from China, arriving in the United States. When Xing was a young boy in China, he was often asked to sing. Because of his beautiful voice, his father wanted Xing to have the chance to develop his gift in America. Xing, who wants to be called "Kris" to get people to stop butchering his name, has been cast as the lead in his school's production of The Man of Jerusalem. But his father would never hear his voice again. One day several years ago, when Kris and his dad were walking home from the train station, a pickup truck driving too fast killed his father, then sped away. No one paid for the crime - except Xing and his mother. Kris wanted nothing more than to return to China; his mother said they were staying in America and quietly blaming him for what happened.


Suspense will keep readers turning the pages and wanting to know who is killing all of these high school students.


Crossing makes continual reference to Seung-Hui Cho, the Virginia Tech student who killed 32 people in April 2007. Sometimes the reference came from Xing, sometimes from his ignorant schoolmates who equated Chinese and South Korean as "the same thing." the references will also keep some people from reading it, and I hate when that happens to a really great story.


Although I admired the books structure and liked how the author wove the disparate story lines together, the plot itself did not catch my interest. It was vague and somewhat unclear. It was resolved far too quickly after not being given enough attention for a long stretch of the novel. Xing himself comes off as a regular high-school student, and while his unique situation makes for interesting and believable teenage angst, his reactions to developing events are often over-the-top and/or heavy-handed. This is entirely understandable, but the focus of the story is shifted from a teenager dealing with racism and prejudice to a teenager focusing only on the negative things in his life and raging about them. The result is that Xing is not an entirely-likeable protagonist. I enjoyed the book, but several flaws kept me from becoming a true fan. Crossing is rated as a young adult novel, but there are some graphic scenes that would push readership to the higher end of the teen spectrum (16 to 17). Mystery fans should also take a look at it, though the resolution of the mystery is not entirely clear and may disappoint those looking for complete closure.


Crossing is a dark story and my feelings about Xing/Kris are hard to pin down. Looking at the world through Xing's eyes is not only informative but is down-right frightening When I finished reading, I immediately went back to the front and started skimming for clues. Like all good mysteries, the ending is a surprise. Crossing would be an incredible read-aloud in a classroom session.

Type of Book:
This is a young adult novel that through the darkness, is part mystery, part coming of age.
Educational Themes:


There are a number of themes that will resonate with teens. Some are more personal (like fitting in) and others much broader (like cultural acceptance).

Reading Level:
0.0
Recommended Age To Read By Yourself:
14 and Up
Recommended Age To Read Together:
12 and Up
Age of child:
Teen STAR Review Team, Be the Star You Are!™
Purchase Recommendation:
Borrow, at least. This is not a book for every reader. There are serious issues and death, which may bother some readers (or their parents). 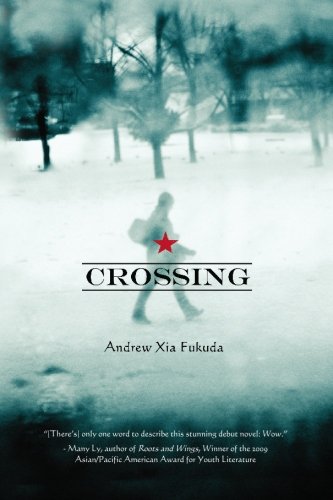 Night of the Red Moon

The Case Against My Brother