Ileni, a seventeen-year-old Renegai sorceress, tutors students at the Assassin's Cave in magic. Hundreds of boys are being trained as killers to help bring down the tyranous Rathian Empire.

The Renegai folk don’t believe in violence or murder, but in exchange for risking her life and serving the Assassins, her own people will be safe. However, this doesn’t stop the suspicions about her. The previous two Renegai tutors were killed by these very Assassins.

With Sorin, one of her best students, Ileni wants to find the truth behind the mysterious deaths of her people. She needs to keep herself alive to get those answers, but her secret makes that harder. Her power as a sorceress is gradually slipping away and her chances of survival are very grim.

BTSYA / Teen Reader (16):
I love the danger and the risks that create the tension of this plot. The many secrets and the mysterious ways around the institution only make the book harder to put down and I found myself hooked on the action.

In a place with hundreds of skilled assassins, in an institution that values pain, hierarchy and glory, there are many possible unfortunate fates that could come to the weak and fearful. Ileni defies those odds. She is the only female at the school, and ont of its youngest teachers. Ilenie carries presents a bit defiance, authority and courage that the boys learn to respect. Her adventures with Sorin take much courage and can occasionally get bloody.

There isnn’t much to dislike about the book. The plot is well-woven and riveting from the start. I also grew to like all of the characters, also well developed.  This is one of the best books I’ve read this summer. I’m really glad I picked it up.

If you’re a fan of dystopian style thrillers, fantasy-like adventures, or mysterious murder crimes, this is the book for you.


A riveting, action-packed plot and well developed characters make it nearly impossible to step away from the Assassin's Cave.


Violence and war are part of the plot. There are mentions of blood and murder, and some scenes may be graphic.

Type of Book:
This is the first book in a two-part series about a young sorceress finding her place in the world.
Educational Themes:


Read this book for fun. 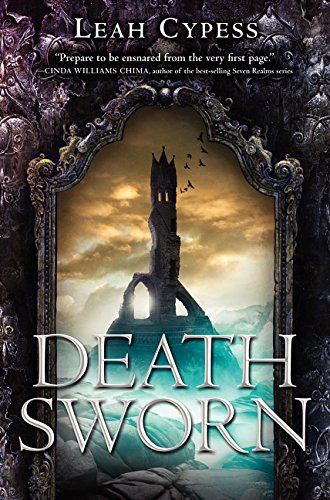