This one is for the readers who say "I'll read just 1 chapter" and end up reading the whole book! 8 of the Best #MiddleGrade Books About Time Loops by Mara Franzen https://bit.ly/33O7mRQ via @BookRiot #SFF #BookwormLife #BookLover

Need a #WritingPrompt or journal topic? Look no further than @ImaginationSoup's post Write About a Special Handmade Object https://bit.ly/3GOZFcF. Melissa's questions are not just for writing. They are PERFECT for Table Topic discussions, too. #FamilyTime


Over the summer, Sawyer Bronson learned that he has the dinosaur gene. Thanks to his newly spurted tail and plates down his back, everyone else does, too. Being part stegosaurus made him an easy target for the bullies in class. Lucky for Sawyer, Ms. Mathis, the new principal, rigorously enforced the "Zero Tolerance" policy for bullying. Just a few weeks into the school year, and ten of Sawyer's classmates were expelled from school. Funny thing is, once they left school, no one heard from them again. At the urging of his new classmate Sylvie, Sawyer and his best friend Elliot decided to figure out what happened to the kids. What they uncovered was something out of this world! They were kids. Who was going to believe what they said?

Parent Perspective:
What a fun combination of characters (and character origins). When I finished reading Dinosaur Boy, I was ready to find Dinosaur Boy Saves Mars (book 2). I was already eager to find out what happens next with Sylvie, Elliot, and Sawyer. They are a great trio and the author does a great job showing how different personalities can work together - and be friends! Sylvie represents a demographic that is not often addressed well in middle grade books: a girl trying to earn her father's affection after feeling abandoned. The author does a great job bringing Sylvie's feelings to the surface, even as Sawyer is the one narrating the story.

Even though the bullies' pranks were clever (playing ring-toss on Sawyer's tail), overall, I thought their "behavior" - and the farsical teachers - were overdone. That said, the ending and how some of that antagonism comes around to true life lessons is really well done. I'm sure many young readers would struggle with the choice Sawyer made. Highly recommended for preteens and family reads.


Who doesn't love a good dinosaur-alien combo? Readers will cheer for Sawyer, and be happy hanging out with Elliot and Sylvie in this light, fun adventure.


None. If you have concerns about a child trying to imitate Allen the other bullies, suggest that you read this together.

Type of Book:
This middle grade novel blends stories about being part dinosaur, aliens on earth, and bullying into a humorous tale with a happy ending.
Educational Themes:


While bullying creates the most obvious point of discussion, there are other themes, too. Sawyer, Elliot, and Sylvie each represent kids who are not part of the "in crowd" for various reasons. What feelings do they express in the book? How do they cope with their isolation and different-ness? Could you understand the other kids' wariness and fear? How would you address that for yourself? With Sawyer?

There are also two different family dynamics. How did Sawyer's family support him through his changes? Did he appreciate the help? Sylvie is dealing with her parent's divorce. What feelings was she sharing with her new friends? 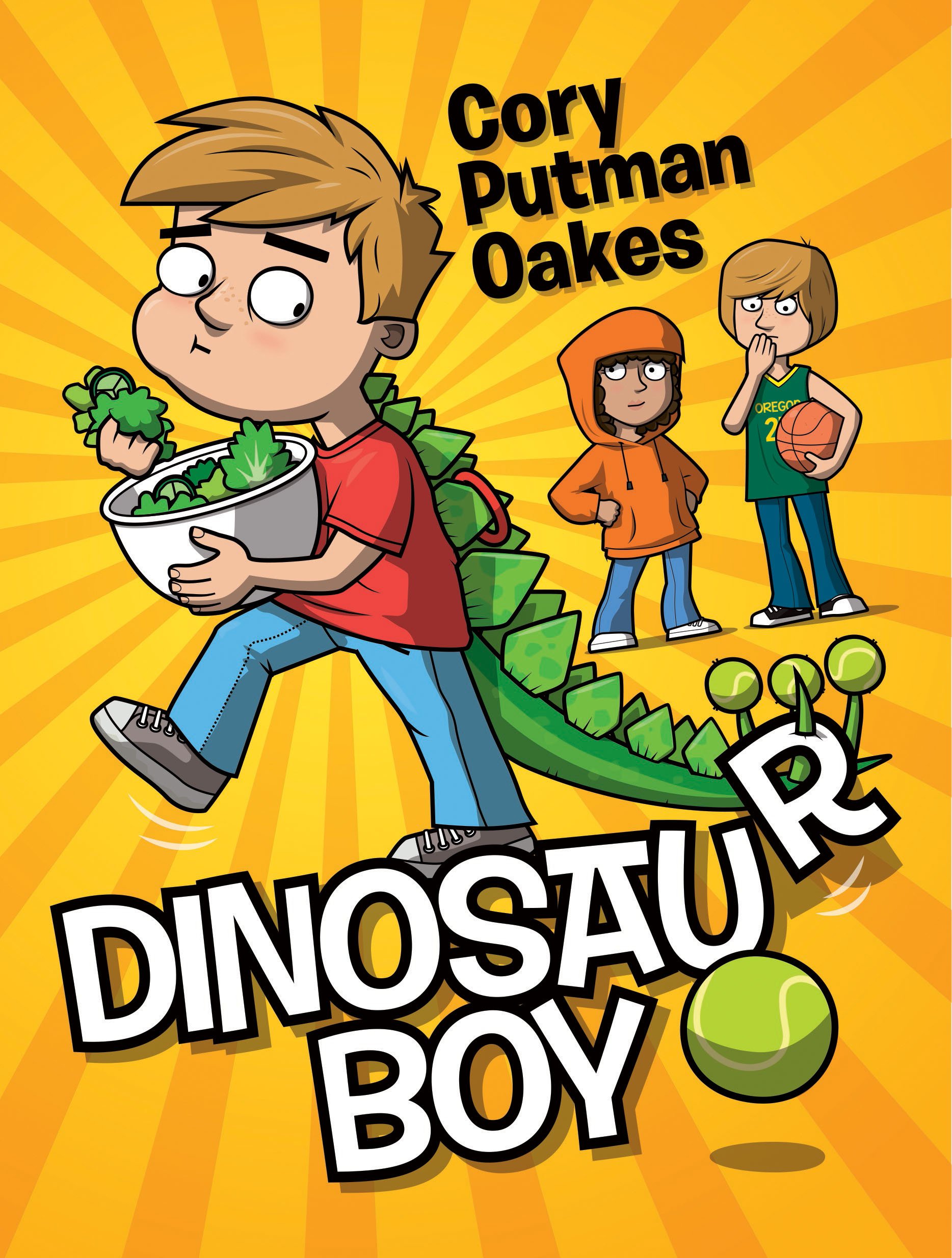