Tris lives in a futuristic America many, many years from now. The nation is now five factions based on a character trait: Abnegation (the selfless), Amity (the peaceful), Candor (the honest), Erudite (the intelligent), and Dauntless (the brave). Every 16-year-old takes an aptitude test to determine their faction. Tris' test had a most unanticipated, dangerous result. Her aptitude test indicated one thing, but she unexpectedly chose Dauntless. As a Dauntless initiate, she discovers skills she never knew she had. She also meets Four, who brings his own secrets to the Faction. As Tris and Four get closer, a war with Abnegation and Erudite is on the horizon. This divides the nation, and Tris must learn who to trust, who to kill, and who to let live. Four is always by her side, except when something goes terribly wrong.


This is a fast-paced, action filled story that will appeal to teens. It is an exceptional candidate as a high interest / low readability book for dormant or struggling readers.


Divergent is an amazing book. I liked the clarity of the characters, their goals and actions. Tris and Four’s unusual relationship is definitely one of the best parts; you never know what either of them will do next. The book doesn’t stay on a subject too long, and events move swiftly and smoothly. I do think the book needs some background information. The beginning of the book confused a majority of the people that I asked. But that's my only flaw.

There is enough action and romance to make it a wonderful teen novel. Eighth graders and high schoolers can understand the book best. Seventh graders can make sense of it, but I don’t think they are mature enough to handle it. I bought the book, and it is definitely one to buy a teen as a gift. This book opened my eyes and I hope it will open yours.

Type of Book:
This is the first book in a Dystopian trilogy with a female lead character. This is an option for a high interest / low readability reader.
Educational Themes:


This is a book for pleasure reading. As our teen reviewer suggests, there are lots of things to think about with regard to Tris, Four, and other characters and the choices they make. It might be interesting to ask readers what they would do in a world like that. What faction would they see themselves in? 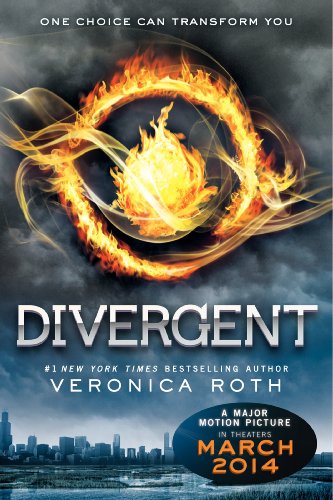