Zach Barlow, Alice Magnaye, and Poppy Bell are close friends who play a game with a creepy porcelain doll and several action figures. The various characters sail the high seas and fight monsters on the Neptune’s Pearl.They had played for years, but one day Zach ends the game. Now that he is in middle school, Zach's dad wants him to give up these pretend games and he throws away the action figures. Zach is frustrated and quits.

After the game ended, Poppy started dreaming of the Great Queen, played by her and the porcelain doll. Poppy believed the doll harbored the ghost of Eleanor Kerchner who needed to return to her grave. She tells Alice about her dream and the two brought Zach along on their journey to bury Eleanor Kerchner’s ghost. The trio took a bus on a daring journey to return Eleanor to her grave in Ohio. They learn about Eleanor and as they get further into their trip, unusual and unexpected events occur.

BTSYA / Teen Reader (16):
I absolutely loved the addition of illustrations throughout the novel. They really contributed to the dark, sort of creepy mood of the novel. They were also beautiful and kept me engaged by depicting the characters as they went along in their journey. Also, the fairy-tale scenery adds to the story and keeps readers interested. Another great element of the novel is the character development we see as Zach, Alice, and Poppy go on their adventure. While the situation is a bit creepy and something we may not be able to relate to, we can definitely relate to them as they explore the different themes on their journey.

Doll Bones is very unique to read and I love the style it’s written in. It reads like a story book that’s been elevated for middle and high schoolers. It’s definitely a contrast to the stream of consciousness that we see in so many modern novels but it was refreshing to read. This book is suitable for people aged 12-15 although it can be a great read for anyone who wants their next adventure novel with a bit of a creepy twist. Seventh graders and above can handle this book as can sixth graders who have an aptitude for reading and like adventure novels.

This would definitely make a great gift, coming from someone who was the recipient of this novel as a gift and loved it!


Readers who like creepy, Halloween-ish and spooky tales will thoroughly enjoy Doll Bones. And while they may not own a doll with a possessed ghost, readers can easily relate to Zach, Alice, and Poppy in their struggle to hold onto childhood but grow up, too.


Although it is not graphic, the story possesses a horror creepiness about it. Readers easily influenced by scary tales may want to select specific times to read this or skip it.

Type of Book:
This is an illustrated ghost story about three friends on an adventure to return a ghost to her grave.
Educational Themes:


This is a fantasy to read for fun. That said, Zach's, Alice's and Poppy's friendship is also part of the story and can create interesting converations about growing up and dealing with change. 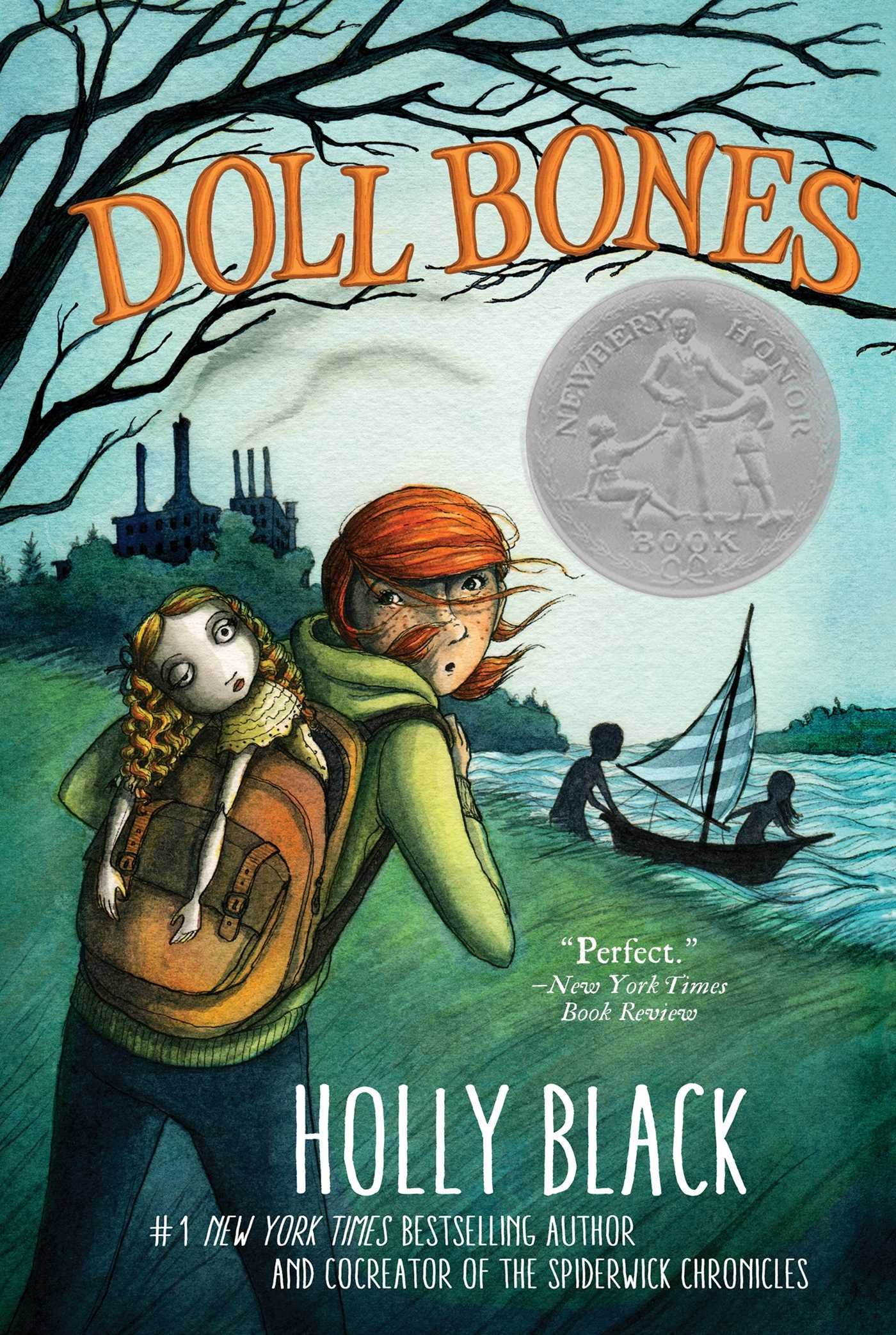 How to Hang a Witch