Near the end of The Initiation, James and Moria’s father died unexpectedly. He allegedly fell off a ladder, but that doesn’t make sense. Mr. Moriarity doesn’t climb ladders. Because of his death, Moria is forced to tell James what Father had told her before sending them to Baskerville Academy. The secret writing they find further convinces them that their Father was murdered.

At the same time, the leaders of the secret society are pushing James to take on secret tasks. In the process, he discovers a love for the dangerous and thrilling and finds friendship in an unexpected place.

BTSYA / Young Adult Reader (25):
Just as I did while reading The Initiation, I found myself asking lots of questions. The book is captivating from the beginning and then at the end - where it is impossible to put it down. But, there are moments in the middle that seem to drag on. I will say that there is more unexpected action (compared to Book 1). Even with the slow middle, I hope there is another book. If so, cannot wait to read it because there are still questions to be answered.

Even though the series is for ages 8-12, this one is better suited for an older audience. Although not a lot, there is more violence and it is described in more detail.

Parent Perspective:
You have to read book 1 first, but The Downward Spiral is even better. I’d also recommend reading this right after you finish The Initiation so that some of the subtle references are still fresh. There is just enough of a cliffhanger to suggest a third (and possibly final) book is coming. There are some somewhat predictable events, but plenty of twists, too. James teeters between what is right/meaningful to him and the lure of living on the edge, and the author presents it with an authenticity that makes sure the reader struggles with the same choices.


Plenty of action and suspense create a compelling mystery you can't put down. The writing drops the reader into James, Moria’s and Sherlock’s world and takes them on a thrilling ride. This is the second book in this series about how Sherlock Holmes and James Moriarty became enemies. Note: This is not a "lighthearted"  mystery.


This is not a "light-hearted" mystery. There is a darkness that isn't overwhelming but it is there.

Type of Book:
This is the second book in this series about how Sherlock Holmes and James Moriarty became enemies.
Educational Themes:


The story poses some situations that could make for interesting conversations. 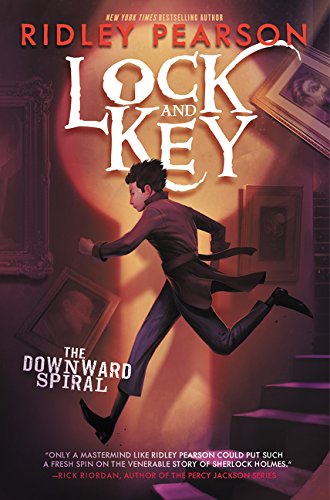