Olus, the Akkan god of the winds, studies mortals. His first attempt to interact with an Akkan boy failed. In his second attempt, disguised as a shepherd, he meets and falls in love with Kezi, the landowner's daughter. Olus is too late to stop Kezi from uttering an oath that will change her life forever. Fate has played its hand. Now Olus and Kezi are left with the question: is it possible to defy fate? and at what cost?


Readers of all ages will enjoy this story that blends mythology, adventure, friendship, and choices into an expertly crafted page turner.


Ever is a charming fairy tale that had its uniqueness, but otherwise was rather predictable. I could anticipate what would happen next ... then it did. This made the story a slight drag to read at times, especially during the beginning when the plotline was just getting introduced. Despite the predictability, the story was still a nice read.

Similar to other works by Ms. Levine, Ever gives you the sense that you're living in each characters' experiences. This romance tale is bound to attract most middle school girls with its stunning character development. Each character was developed very thoroughly, in both personality and physically, allowing the reader to gain a vivid picture of everything that happens. I also liked the story's sweet simplicity. So many things today are embellished and complex, so to read this book was similar to taking a breath of fresh air. Although I probably wouldn't purchase this book from the store, I would definitely borrow it from the library to read again.


In a word: fascinating. As Kezi and Olus each take turns telling the story, readers are quickly entwined in their world. The story is well-constructed, with some predictable elements but enough suspense and new paths to keep you going. This is one of those books where you are really tempted to read the end before you get to chapter five! Don't dismiss this as chick lit. Olus is a very engaging young man whom boys will relate to.

Type of Book:
This is a young adult fantasy.
Educational Themes:


This would be a great book to read to complement a seminar on Roman or Greek mythology. Are there parallel gods? worship practices? beliefs by the mortals? There are also plenty of other elements to explore: relationships, stereotypes, compassion, empathy, judging others, and peer pressure, to name a few. 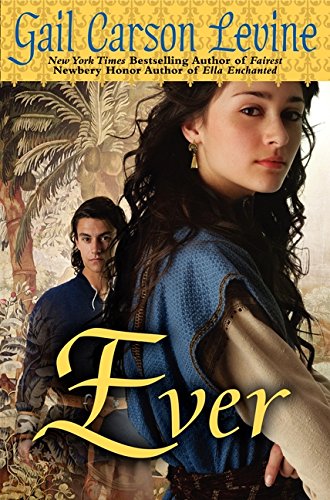 Myth of the Summer Moon