Just out of a bath, Farley is feeling refreshed ... and hungry. Thanks to a light breeze, he catches all sorts of smells in the air. When he smells hot dogs, he follows his nose. And so begins the adventure as one smell after another leads Farley on a tour of the town. Will he be able to sniff his way home?


Kids and their parents will have lots of fun (and a few laughs) sharing this book about an adventurous dog.


Some readers may take offense to the pat resolution of the little lost boy and Farley bringing him home. The book is not about being lost (not even Farley), but the story does give you an "in" for talking about the subject.


This is a lot of fun to read. It's light, humorous, and clever. The authors did a great job setting up suspense about Farley's discoveries by including an "and ..." on most spreads.

Type of Book:
This is a picture book story featuring Farley, the lovable dog in the For Better or Worse comic strip.
Educational Themes:


There are lots of ways to bring this book to life. You can use the book's smells as the start of a odor-ific seek-and-find; you can go on a neighborhood walk and create your own list of smells; or you can set up some stations with specific scents. Although being lost isn't a theme in the book, Farley does demonstrate how easy it is to wander away and forget where you are. So the possibility for a lesson is there, too.

Reading Level:
2.9
Recommended Age To Read By Yourself:
8 to 10
Recommended Age To Read Together:
3 to 7
Age of child:
Read with a 7-year-old girl.
Purchase Recommendation:
Borrow, at least. This is one that you're likely to read a bunch of times in succession. A cute dog, favorite foods, and some funny moments will keep kids interested even after they know how it ends. 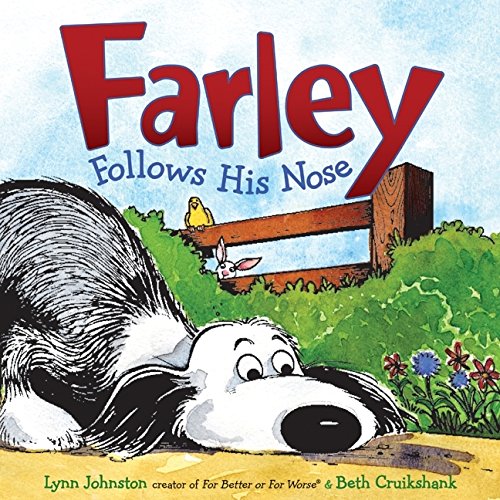 My Dog May Be A Genius

The Secret Science Project that (Almost) Ate the School