Typhoid fever is a deadly, easily spreadable bacteria that killed nearly 35,000 people in the early 1900s. The primary culprit was believed to be water sources contaminated with waste (aka sewage). In 1903, people in Ithaca, NY started dying from the disease. George Soper, who grew up in New York, was an engineer who studied water-transmitted diseases. He had moved to Texas but returned to New York to study the 1903 outbreak in Ithaca.  Soper put systems in place to help irradicate the disease, but then a new issue arose. some members of a family who had been vacationing in Oyster Bay got the disease. Soper found that Mary Mallon, the family's cook, was carrying the disease, though she had not fallen ill herself.

In fact, Mary was the first person to be identified as a "healthy typhoid carrier." She refused to cooperate with Soper and other authorities. Ultimately she was arrested, but there was concern that she could infect more people. Despite multiple efforts to free her, "Typhoid Mary" lived the rest of her days in isolation at a prison hospital.

BTSYA / Teen Reader (14):
There are many things I like about this book. First, I enjoyed learning about typhoid fever and what people tried to do in order to deal with it. There is a lot of information throughout the book and I also liked that there is more information about the disease at the end of the book, such as famous people who died because of typhoid bacteria, a timeline of important events, and other informational websites and articles.

What I didn't like is that some of the information was very scary and frightening, including the symptoms of typhoid fever and the cases of people who contracted it.


Readers who love medical mysteries and science will find this a fascinating read.


There is detailed information about the disease and its symptoms which could be frightening or unsettling to some readers.

Type of Book:
Medical mystery, history, and practical application of the scientific method all rolled into one.
Educational Themes:


There is a lot to unpack here. First, there is the process of figuring out a disease's scientific origins. Second, there is the role that non-medical disciplines can play in public health. Third - and probably most thought-provoking - is the governmental response to Mary Mallon.

- What determines the line between individual rights and public good (in this case public health)?

- DId they have the right to incarcerate her?

How would this apply to today's world: sexual offenders released from prison, individuals knowingly infecting (and not informing) others of a disease they carry, et al. 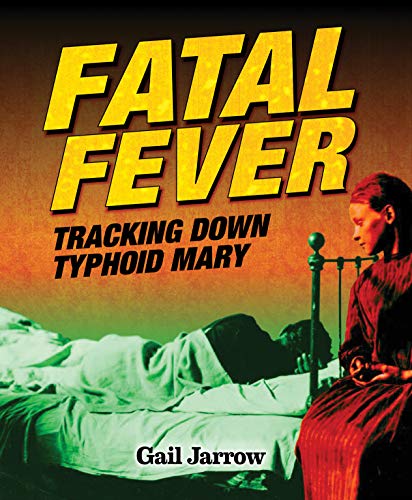 Blood and Germs: The Civil War Battle Against Wounds and Disease

I Feel Better with a Frog in My Throat: History's Strangest Cures