On Christmas Eve, Favor Johnson went door-to-door delivering his extra-special fruit cake to each of his neighbors in the village. It was a tradition started many years ago. When his dog Hercules was found shot, Favor took him to Doc Jennings, a surgeon. Together they worked to save Hercules' life, and upon realizing it was Christmas morning, Doc gave Favor a fruitcake. He hated it and vowed to make one of his own. Within a few years, he was making fruitcake for everyone ... and in return, they filled his cupboard with goodies to last the winter.


Everyone will be heartened by this beautiful story about giving of yourself to others and how priceless that gift is.


Parents should preview the book so they can be prepared to answer questions or comfort children. The image of Hercules in the snow is not overdone, but because it looks like a painting, it will seem very real.


This is a very special story. The illustrations are beautifully done, and the color selection adds to the moods of the story as it shifts from page to page. The first time through it seemed a little disjointed, but with additional readings it smoothed itself out. I have not yet decided whether to share this with my 8-year-old daughter, because she is incredibly sensitive to hurt animals, and even though Hercules recovered, the image of him lying in the snow bleeding will undoubtedly stick with her.

Type of Book:
This is a sesaonal picture book about christmas on a Vermont farm.
Educational Themes:


The story is in many ways a traditional Christmas story about giving to others. Doc helped Hercules without accepting any payment from Favor; and Favor began sharing his talent with others ... and not expecting anything in return. There are themes of selflessness, giving, making the most of what you have, and neighborliness that can be drawn from the story (albeit with some adult coaxing). 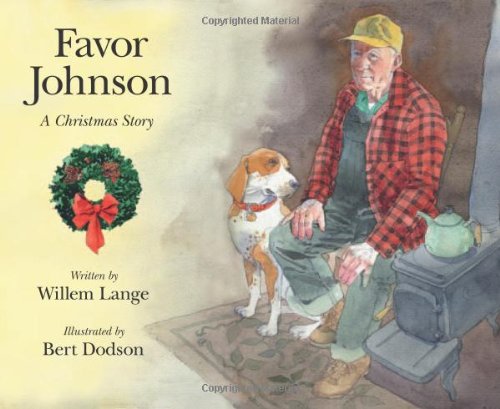 An Orphan's Promise: A Christmas Story

The Tailor's Gift: A Holiday Tale for Everyone