Shiraz lived with her stepmother and stepsister Monir in Tehran. Now, with little money, Shiraz spent her days doing chores. One day, after she had finished her chores, she went to sit on the balcony to knit. A wind blew through and tossed her ball of yarn into the trees of a house next door. This was one of the few things her mother had left her, and Shiraz wanted it back. When she asked the neighbor for her wool, the woman said that if Shiraz did some chores for her then she could have her wool back. Shiraz happily agreed and she completed each chore as she saw best. As she gave Shiraz the wool, the woman told her to bathe in the two pools just outside the back gate. When Shiraz returned home Monir and her stepmother didn't recognize her at first.

Monir was jealous and wanted to know what Shiraz had done. Her stepmother bought balls of wool and cast them from the balcony until one landed in the woman's yard. Now it was Monir's turn to complete the chores and bathe in the pools. Except when she returned, her mother thought she was a beggar. What had she done wrong?

Parent Perspective:
I LOVE this story. Initially, I thought it was going to be a Cinderella retelling. Then I thought it might be a kind of Hansel and Gretel story. I am happy to report that it is neither of those! Yes, it has a fairy-tale-like quality but it is also part fable with lessons about listening to one's heart and who you are on the inside determines your beauty on the outside.

The writing is exquisite and the illustrations are just lovely. I read the book, re-read it just looking at the pictures, and then read it again. The illustrator adds a bit of whimsy with a kitten that seems to follow the ball of yarn. Young readers will love looking for it on the page as you read the story.  If sharing with younger readers (preschool, Kindergarten) I would recommend an audiobook version. The story moves well, but the illustrations aren't particularly "active" and readers may not sit still as you read.

This is the kind of story you want permanently resting on your child's bookshelf. Highly, highly recommended.


The best part is the surprise! At first, you think it is a cultural retelling of one story, then another ... only to discover it is a fabulous story all its own. Readers will be delighted by this unique tale and want to read it again and again.

Type of Book:
This is a picture book story that is a cross between a Cinderella story and folktale.
Educational Themes:


Ask your readers - particularly second grade and up - what other stories this might remind them of. Fables? Fairy tales? That conversation is a great way to show how cultures are similar.

Now ask them what makes this story unique. What did they learn about Iranian culture from the story? From looking at the illustrations? 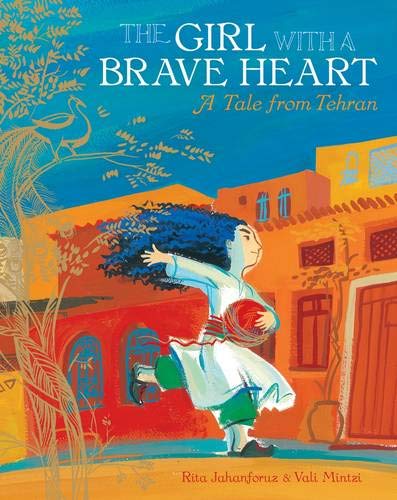