Ben is trying to train his dog Aggie, who just flunked out of obedience school. When he says sits, she runs; when he says run, she runs. Aggie doesn't want to sit or stay, and she is causing trouble everywhere she goes. Finally, Ben has had enough, Aggie is just not a good dog. He takes Aggie and his little red ball to the park only to learn that she has her own way of deciding when she wants to sit.


Ben and Aggie will warm kids' hearts. Anyone who has tried to train a dog will empathize with Ben's frustration.


Although the story moves along, there are times when it seems choppy.


Ben is a boy who is easy to relate to. Aggie is adorable ... and made even more so by Ben's attempts to train her. By breaking the story into three chapters, it helps readers process the content as they go along. This is a text-heavy easy reader, but there is plenty of white space and the chapters give natural stopping points to talk about prediction and review what has already happened.

Type of Book:
This is a set of three short stories built into an easy reader chapter book.
Educational Themes:


This is first and foremost a book for helping kids learn to read. Using the chapters as your "breaking points," stop and talk about what has happened or what you think will happen. 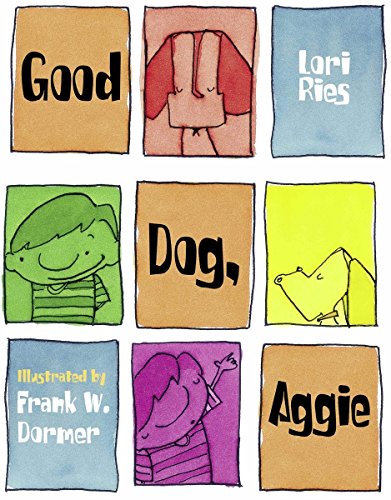 Fancy Nancy and the Posh Puppy

Annie and Snowball and the Teacup Club