The end of the world is coming! There's just one problem: Adam Young (11), the young Antichrist living in England, seems to be misplaced. Aziraphale (an angel) and Crowley (a demon) thought they knew who the Antichrist is, but they were wrong. This ultimate odd couple with a 6,000-year-old forbidden friendship have been "helping" Warlock a "regular" 11-year-old boy. By being the good and bad and angels on Warlock's shoulders they hoped to cause the Antichrist to become a normal child.

Now that they know they have been nurturing the wrong child, the angel and demon have another problem: they don't know who the real Antichrist is or where to find him. The two decide to work together and set off to find Adam before Armageddon. Why are they working together? Because they have each really grown to like this world, unlike other angels and demons. The Antichrist is the only one capable of altering the coming catastrophic events, and they don't want things to change.

BTSYA / Teen Reader (16):
My best friend recommended this series to me when the Amazon Prime version came out. Now I can see why she likes it so much! While there were some parts I couldn’t follow due to the way the dialog is presented, I enjoyed the plot and it is my type of humor. Even though the book and series have some differences, they BOTH are amazing. If you know someone 13 or older who watches the show but has not yet read the book, definitely recommend it to them.

BTSYA / Teen Reader (13):
Quite honestly, this hilarious novel about stopping an 11-year-old Antichrist whose destiny is to bring about the apocalypse is one of my favorite books. Good Omens perfectly combines Terry Pratchett's lighthearted and funny tone of Terry Pratchett’s works with the dark and mysterious style of Neil Gaiman. The characters make this one of the best books I have ever read. Even side characters have hilarious personalities! My absolute favorite character is Death. The way he was described was beautiful, and there is definitely a memorable quote I will be putting on my wall.

The subplots are so well written, and while some things may not seem like they relate to the story, don’t be fooled: almost every detail, big or small, ties into the main plot. Some of the authors' footnotes were useless to the story but still hilarious. There are so many wonderful characters I did not even mention in this review, which is why you need to read Good Omens and understand why I love it so much. Recommended for teens and young adults.


Readers who like British humor with their Science Fiction will truly enjoy Good Omens. Although it is a Heaven and Hell story, readers with no religious preferences can enjoy it just as much. It is the characters who drive the plot.


The pivotal character in the story is an Antichrist. Although it is completely fictional, the concept may give some devoutly religious readers pause.

Type of Book:
This is a humor-based science fiction novel with characters who are neither all good nor all evil.
Educational Themes:


This is a story meant to be enjoyed for its humor. The characters have depth and are more than their "roles" (e.g., demon, angel). Adam is faced with an interesting choice - ask your readers what they would do. 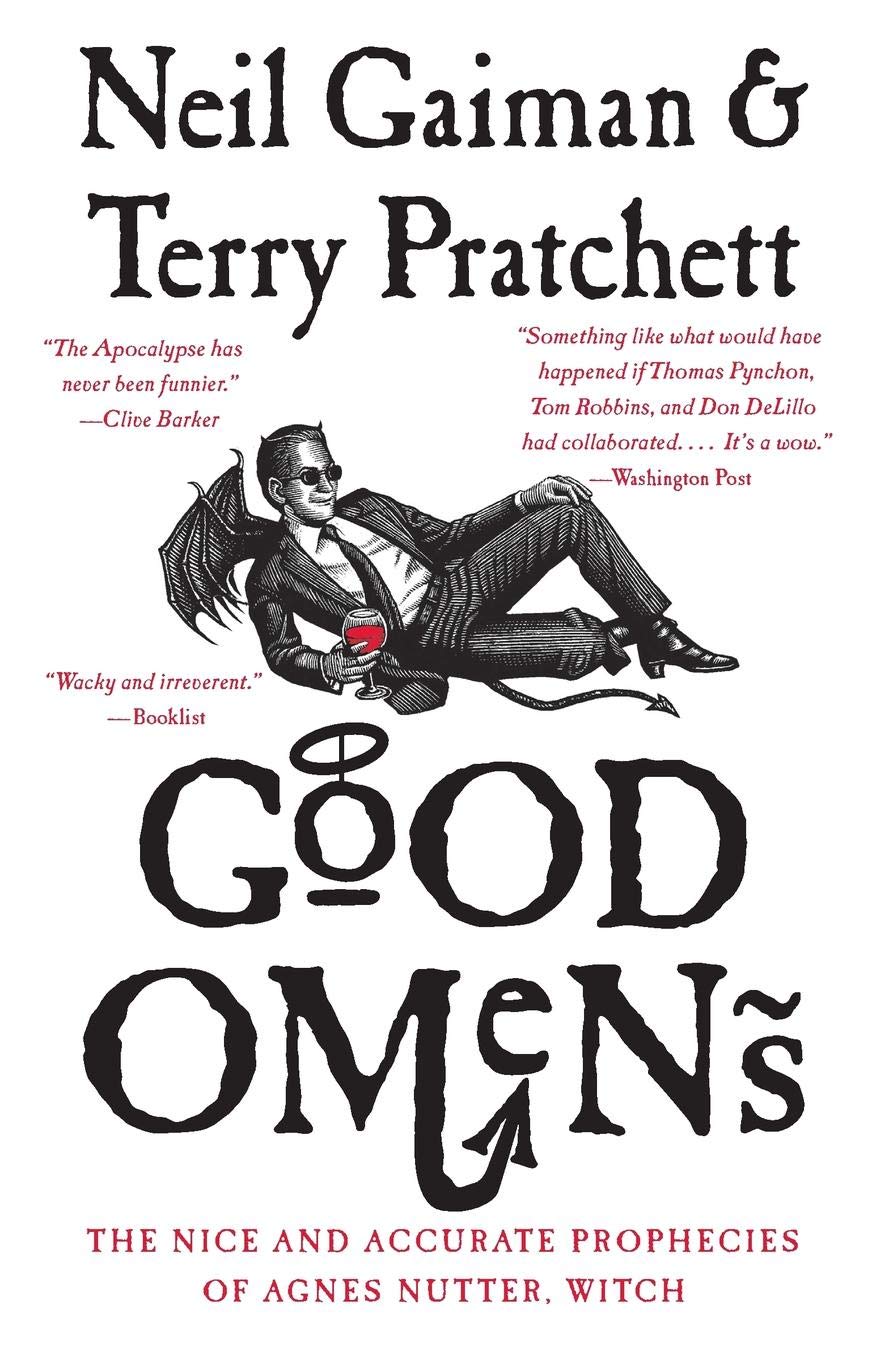 The Illustrated Wee Free Men: A Story of Discworld

The Colour of Magic and the Light Fantastic