Not our fave, but we have used our FB page for some image-based queries.


Katsa is the king's niece. Her life, however is hardly luxurious. Since the age of eight, Katsa has been able to kill a man. It is not due to strength or stealth, but because she is a Graceling, one of the rare people in her world born with an extreme skill. Because of this, Katsa is forced to work as the king’s thug - doing his dirty work.

One night, while on a mission, Katsa meets Prince Po. Prince Po is graced with combat skills. Katsa has no idea how much her life is about to change. She does not expect to become Po’s ally, and she never expects to learn the truth about her own Grace or about a dangerous secret hidden far away…

BTSYA / Teen Reader:
Graceling is is one of the first books I read in the young adult fantasy genre. I love the series not only because of its unique world, but also because of its strong female protagonist. Katsa is a wonderful fictional role model. Her strength comes from her skill and determination; and she does not let romance rule her head. Katsa is still her own woman, and her romantic interest sees and respects this as well. The idea of the “Graces” also really intrigued me throughout the series and it was fun guessing who had what Grace. I did not appreciate Katsa's disgust with marriage. This would be okay if her character just simply didn’t prefer it, but it almost seemed like the author was trying to push this opinion on her readers.


Even readers new to YA fantasy will be hooked on the Graceling Realm series.


There is obvious violence associated with this book and the premise – nothing too graphically described. There are also sexual themes throughout.

Type of Book:
This is a collection of poems and short narratives for teens. It has potential as a high interest / low readability book.
Educational Themes:


Although the story is set in a different "realm," there is lots to explore with the individual characters' choices, limitations, and relationships. 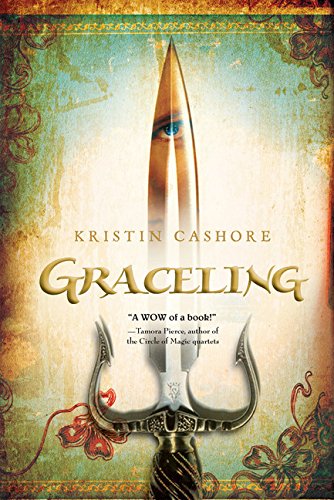