Aven (13) and her family have just moved to Stagecoach Pass, Arizona. She is worried that other kids will notice that she has no arms. On the first day of school she meets Connor, a boy Tourette’s Syndrome. Like her, is worried about others making fun of him due to his condition. She also befriends Zion, another boy who is worried about fitting in.

The three become friends and start hanging out together. Aven works hard to put Connor, who is particularly self-conscious, at ease as often as she can. She even found a group that sponsors events at a local hospital. When Connor discovers someone is video-taping him at the movie theater, he becomes especially upset and hurts Aven to the point where she doesn't want to be friends with him.

One of the things the three friends do is explore the property that is Aven's new house, they discover interesting things: initials carved into a table at the restaurant, more initials on an old guitar, a necklace buried near the petting zoo, and most puzzling of all: a picture of Aven, with arms, holding the necklace. It was taken in 1973, so it can't be her ... so who is it?

BTSYA / Teen Reader (13):
There were many things that I liked about this book. Aven's disability made the story more interesting to read, as you get to see the world from her perspective. I also enjoyed how the book introduced other ideas (like facts about tarantulas) and some of the mystery elements, like the Cavanaugh family and Aven's grandmother.

This is a very good book, and I recommend it for readers ages 10 and older. Some of the ideas may be too confusing for readers younger than 10.

Teen Student Volunteer (17):
This story is really heart-warming and innocent, without any "pain" or disappointments from the adults' world. The story showed us the daily life of an armless girl, making me reflecting on myself: how do I view and treat people with disabilities.


Refreshing, relaxing, happy, and fun! Readers will see themselves (and their middle school angst) in Aven and her friends. The mysteries add a nice dimension that will keep readers on their toes wondering "what's next."

Type of Book:
This is the first book in a series about an adopted girl and her family who move to Arizona.
Educational Themes:


Aven is the narrator, and much of what we learn comes from her perspective. Ask your readers what type of narrator Aven is - does she seem biased toward her own needs/wants or is she fair to others' beliefs.

As the story unfolds, there is more and more about her past that Aven needs to unpack. Who do you think the best person/people to help her would be. Why?

Reading Level:
4.6
Recommended Age To Read By Yourself:
10 and Up
Recommended Age To Read Together:
10 and Up
Age of child:
Teen Student Volunteer, age 17. Also Teen STAR Review Team, Be the Star You Are!™ . Reviewer age: 13
Purchase Recommendation:
Borrow, for sure. If you really like Aven and you're going to read the next book in the series, buy this one. Our teen volunteer says "It's a meaningful book and it's fun to read." 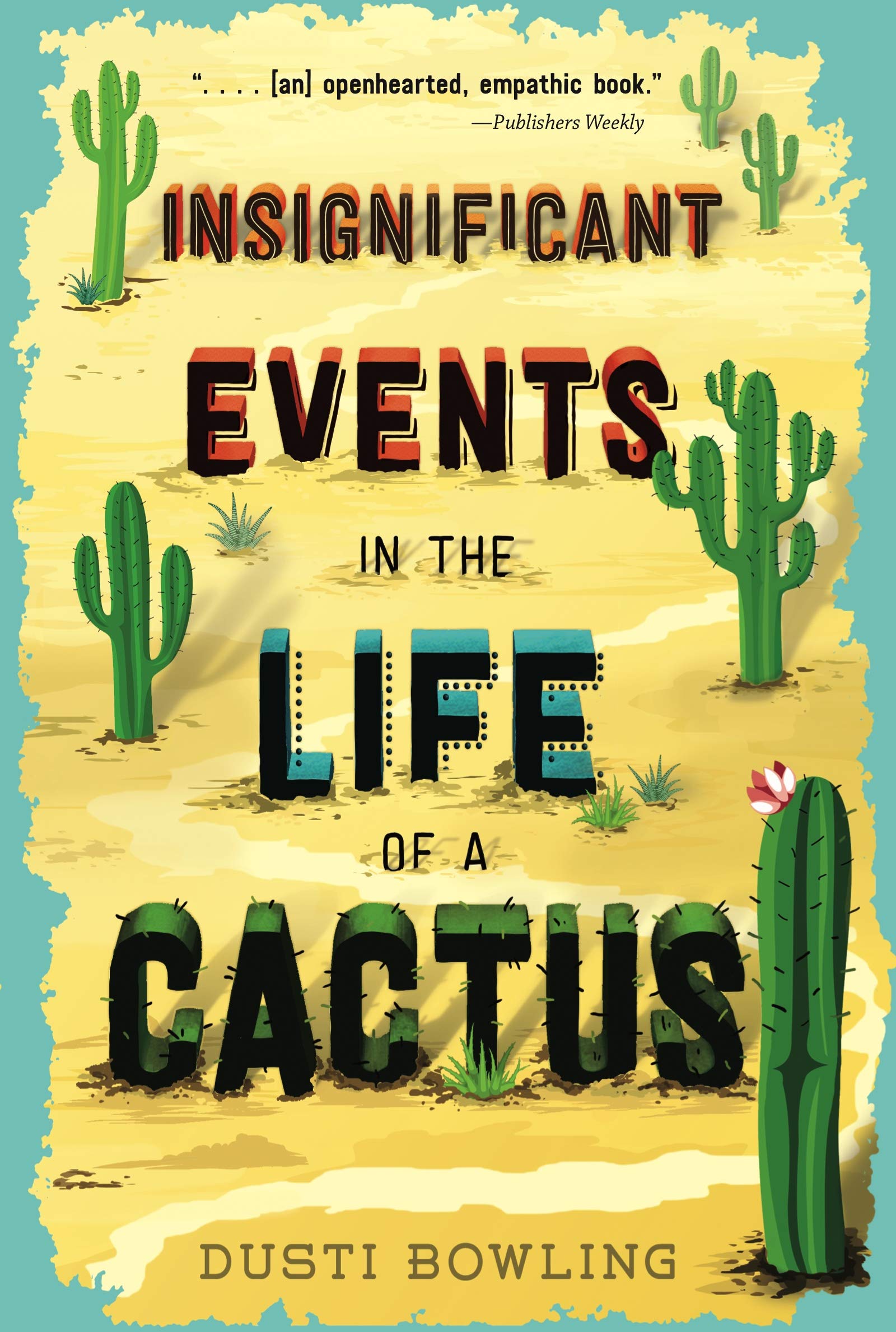 Momentous Events in the Life of a Cactus

The Fault in Our Stars