From #librarian @MrBenjiMartin 10 Picture Books with Main Characters of Color https://bit.ly/2ABHlGA | As Benji says ... there are so, so many more. These are a GREAT starting point. #picturebooks #RepresentationMatters

"With this question, @brendankiely reminds us that this is lifelong work." ~ @frankisibberson | Beyond Reading Books About Race: A Lifelong Commitment to Study and Action https://bit.ly/2U3ZKD1


At the age of 12, Jacob Thelonius Marley discovered that numbers were a "native tongue" for him. That his teacher considered him the best, meant everything to Jacob. Pride and its sister greed infected everything he did from then on. When he brought Ebenezer Scrooge on board it was strictly to build his business. When, on his deathbed, Scrooge told Marley that he cared not whether he died while he (Scrooge) was at work, Marley saw his life as he had never before. In his final hours, he realized that he, Marley, had created this horrible man. His last words - an apology to Scrooge - brought him to a place of peace after crossing over.

Yet Marley was not satisfied. He wanted the opportunity to save Scrooge and "stop the momentum" he had created. He stated his case to the spirits and then, as they considered his proposal, he left that pace of peace and began wandering, carrying the chains that he had forged while living. The story of his appearance to Ebenezer is well known; what is not, is what happened after that story ended. Did the men meet again?

Parent Perspective:
I thoroughly enjoyed Jacob T. Marley. The author did a phenomenal job keeping the story in the style of how Dickens wrote A Christmas Carol, but "dialed back" some of the "heavier" words, making it more understandable for readers. His ability to weave in and add more context to the original story has changed how I look at that book, too. Would love to see this turned into a play. Highly recommended as a read-aloud with teens.


Readers who enjoy Charles Dickens' A Christmas Carol will be fascinated (and thoroughly enjoy) this prequel to that famous story.


The story is very well told, but that doesn't mean it will be easy to read for everyone interested in the book.

Type of Book:
This is a prequel to Charles Dickens' A Christmas Carol
Educational Themes:


There is a lot to explore in the story, both as it relates to the themes in A Christmas Carol by Charles Dickens, as well as a study in friendship. How or why did Marley choose to be a friend to Scrooge now? Was he seeking personal gain as a spirit, just as he had on earth? 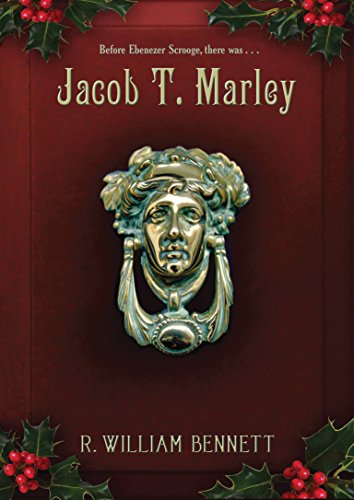 The Entertainer and the Dybbuk

A Christmas Carol: The Graphic Novel

The Gospel of Winter