Kubla Khan, grandson of the great Genghis Khan, ruled a Mongol Empire whose expanse covered Russia, Korea, Tibet, China, and parts of modern day Iraq, Iran, Afghanistan, Pakistan, and most of Turkey. Intrigued by how civilized the Chinese lived, he set out to conquer all of China. In 1271, he became the first Yuan (Mongol) emperor and moved his court to Beijing. Unlike many rulers of the time, Kubla Khan was accepting of different religious practices, and sought advisors who would give him their opinions - even if different from his own. Although a warrior, he also worked to better the lives of his subjects. Through is relationship with Marco Polo, he is credited with bringing Eastern and Western cultures together.

Parent Perspective:
As the author points out, we mostly know about Kubla Khan as the co-star to Marco Polo's explorations. The economic, social, scientific, medical, and cultural changes credited to Kubla Khan are jaw dropping. I knew about the Silk Road, but I certainly did not know about Kubla Khan's effort to ensure all males had an education. I wish there were a way to learn more about his mother and second wife Chabi. They, too, seemed to be ahead of their time in the roles they had in the Empire. If you know a reader who is curious about the world, technology, or different cultures, this is the book you need to get to them.


Preteens fascinated by Medieval history and/or technology will be thrilled by this story of Kubla Khan.


While the author is not overly graphic, she does describe violent activity, not just in war tactics, but also harming animals. Some readers may find this discomforting.

Type of Book:
This is an illustrated biography of Kubla Khan, grandson of Genghis Khan.
Educational Themes:


The Reading Tub picked up this an advance reader copy (ARC) at Book Expo America. There are no expectations of review associated with this book. 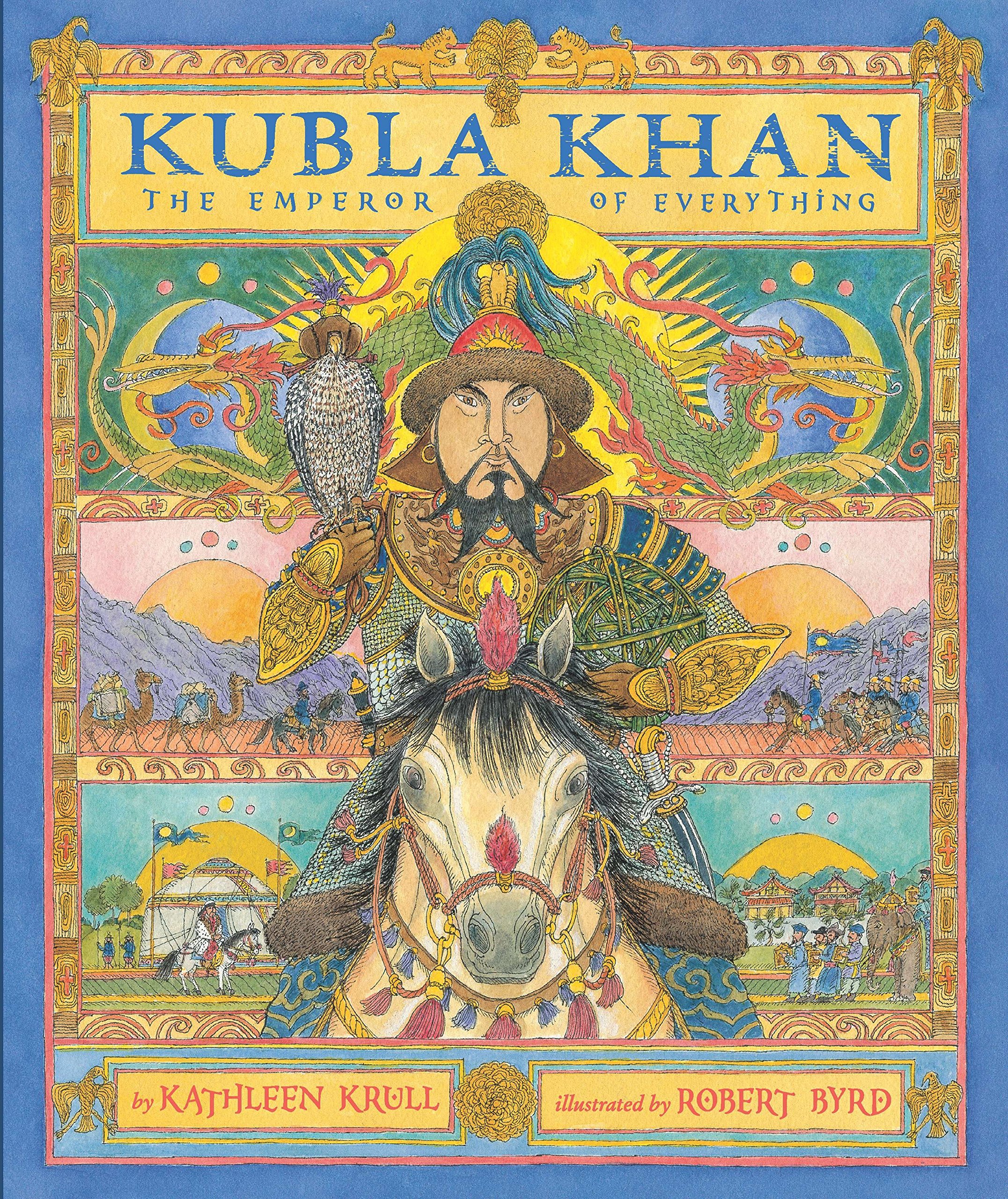 Becoming Charlemagne: Europe, Baghdad, and the Empires of A.D. 800

Stories for Boys Who Dare to Be Different: True Tales of Amazing Boys Who Changed the World without Killing Dragons

Queen of Physics: How Wu Chien Shiung Helped Unlock the Secrets of the Atom