Parent Perspective:
The story has a great message - and a cute little sweet potato. I have to say, though, I was taken aback at how rude the various fruit, vegetables, and flowers were. They were mean (some will call them bullies) and rude. The illustration of the flowers sticking out their tongue behind LSP's back wasn't necessary. I would have had to think about sharing this with my then Kindergartener or first grader.

Still, I liked how the story circled around to the message that you can't judge everyone by your first impression. Some of the same plants that were mean to Little Sweet Potato were the same kind of plant that welcomed him into their hodgepodge patch. Last, it is subtle, but still worth drawing out - home is where you are loved and accepted. There are some great metaphors in the story for adoptive and foster kids.


Despite being characterized as bumpy and lumpy, Little Sweet Potato is a cutie whom readers will like right away. The plants create a metaphor with themes of belieiving in yourself and acceptance in a way that preschool children can grasp and will remember.


Some young readers and their parents may be put off by the directness of the criticisms hurled at Little Sweet Potato. Kids who are prone to picking up "lines" and repeating them may also find a few that could create in life the hurt feelings illustrated in the book.

Type of Book:
Little Sweet Potato is a character who helps children learn lessons of kindness and acceptance in large part by illustrating the opposite behaviors.
Educational Themes:


There are several fairly obvious lessons in the book, and depending on which your child focuses on, you can talk about their reaction. Young readers may get wrapped up in the meaner behaviors at the front of the book, so definitely take the time to contrast the individual vegetables and flowers to show that "everyone" is not the same (i.e., stereotyping).

On a simpler note: About midway through the book, Little Sweet Potato continues his journey past fruits, vegetables, and flowers that are described but not named. Ask your readers what they think those plants are. 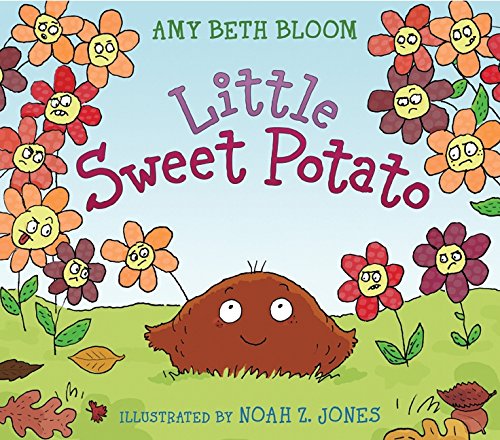