Miles "Pudge" Halter (16) leaves his home in Florida to attend Culver Creek Boarding School in Alabama. As a boy who is obsessed with famous last words, Miles sees this as a search for the “Great Perhaps,” a concept associated with a poem by Rabelais. His new friends - Chip "the Colonel" Martin, Alaska Young, Takumi Hikohito, and Lara Buterskaya - don't consider his obsession odd, as they themselves are obsessed with facts about other countries, poetry, and freestyle rapping, respectively.

After two "weekday warriors" duct tape and dump Miles in the middle of the lake because they believe Chip ratted on two of their friends caught smoking pot, Takumi, Alaska, and the Colonel start working on a payback prank, and Miles joins the group. In the midst of their planning, Alaska's room is flooded and her "life's library" of future books is destroyed. Now she is looking for more serious payback.

The day after the group launches its pranks, they head to the barn and get drunk. While there, Alaska tells them about how her mom died when she was a young girl. The next evening, Miles and the Colonel are awoken by a hysterical Alaska, who says she has to leave. Alaska dies in a car crash after they helped her escape from campus. For the rest of the year, Miles and Chip are depressed about the loss of their friend. They work together to determine if it was an accident or suicide. In their search for answers, the group memorializes Alaska by pulling the prank Alaska designed and taking flowers to her mother's grave.

Teen Student Volunteer (17):
Miles' journey is one of laughter, excitement, sadness, and angst that can resonate with every teenager. His internal monologue is quirky and humorous, yet I found myself relating to many of the things he was going through. Each character introduced is unique, carrying their own sets of strengths and shortcomings. Although the book starts off as humorous, it becomes deeper as we learn more about the characters and feel closer to them. As a reader, I felt like I was a part of all the rebellious adventures and teenage rites of passage Miles was experiencing.

I feel the book could have been written with more depth and gravity, given that it includes characters facing very serious issues such as mental illness and addiction.

Overall, I would give this book a 4out of 5 stars. I liked the book and would read it again when I am seeking a lighthearted yet emotional read. The book is a short read and allows readers to have a laugh while exploring both the exciting and difficult aspects of being a teenager.

Parent Perspective:
The story reminds me of The Dead Poet Society movie, starring Robin Willams. There are layers to the story and its characters. Like many John Green books, this novel is well-written and thought-provoking. It is also fairly heavy. Although there are lighter moments, the ideas the characters carry with them are quite weighty. There is no definitive answer on whether or not Alaska committed suicide or if her death was an accident.


Readers will find themselves among their peers: the angst, the peer pressure, the friendship, the feuds, and the first love. The story digs deep into your heart and makes it hard to let go.


Characters use profanity and inappropriate dialogue. The plot includes sexual situations, alcohol use, and potential suicide by the title character.

Type of Book:
This is a coming-of-age story set at a boarding school.
Educational Themes:


There is a lot to unpack in this story. The characters undergo intense emotions and strong personal developments, which may help young adults learn about life and how to navigate adolescence. Let the story sink in a bit, then let your teen take the lead on what they want to discuss. Turn the tables and have them ask you questions.

You might also consider reading the book and watching the movie: which was better? what got left out? were the actors right for their roles? 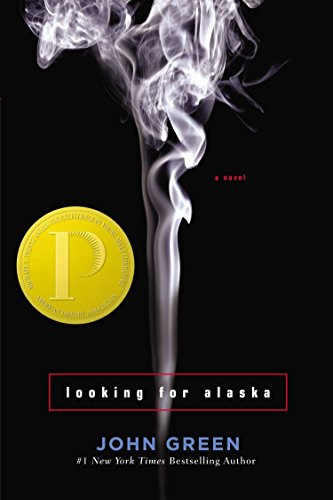 Eleanor and Park: A Novel

Turtles All the Way Down

All the Bright Places

The Perks of Being a Wallflower

The Fault in Our Stars

It's Kind of a Funny Story