Nickolai (Nick) Rostov lives with his dad in a suite an the Pendragon Hotel and Casino. His father has a magic act, but he can't compete with Damian, another magician on the Strip who has sell-out crowds years in advance. Summer is finally here, and Nick hopes his bad grades won't ruin his chance for a new skateboard. That's all he wants for his birthday. But on the morning of his 13th birthday, he wakes up at the Winter Palace Hotel and meets his cousin - Damian! Nick has just met the family he never knew he had. Like his cousins, Nick has the gift of magic powers; but he is first among equals. He is a gazer - a magician who can look into the past and future. Nick's days of spending his time skateboarding are over. He must help family preserve magic for good and protect its artifacts. The most important relic, the eternal hourglass is destined for the magicians of evil, unless Nick can get to them before they stop time.


Lots of history, famous characters, magic, and an unlikely setting combine in this action-filled story for pre-teens.


None, really. Given how much research went into the book, it might be helpful to have a list of places (websites, books, museums) where kids could learn more about Houdin, Houdini, magic through history, and Anastasia.


The realm of magic is enticing and well highlighted in Kirov’s wacky, but charming novel. From magic shows to the origins of magic in Ancient Egypt, Kirov covers a lot of ground. The story is narrated by our unsuspecting hero, who is not afraid to voice his thoughts. Nick's reactions to his Russian heritage and towards magic are comical and entertaining. Because this is the first book in the series, it needs a strong foundation. It has a tantalizing, satisfactory ending, but the plot has a few hitches that give the reader a sense that something is awry.

First, everything is rushed. Many of the characters disappear as quickly as they pop up. Each one seizes a brief scene with Nick before being replaced by another character. Although the author incorporates the historical snippets really smoothly, the characters’ own backgrounds are regrettably missing. Last, some elements are inconsistent with other parts of the story or just seem unreasonable given that the story's setting/events parallel the real world. All in all, these are minor flaws.

I would recommend this book to upper-elementary and middle school students as yet another magic series to dive into. With the abundance of fantasy and magic series these days, Magickeepers: The Eternal Hourglass has dozens of books to contest with, but it is worth your time to read through.


I couldn't put this book down. There is lots of action that moves the story forward, but the most intriguing parts come through Nick's crystal ball. Together, they create a history of magic, which may be fictional, but it is incredibly well done. In the same vein, the author has very artfully woven in the mystique of Russia from its czarist days. Nick's reaction to being immersed in the family's Russian traditions is humorous. The preview for the next book involves a scene with Edgar Allen Poe, which suggests the author will continue to weave history, culture, and literature into her books.

Type of Book:
This middle grade chapter series offers adventure and a history of Russian and magic. This has strong potential as a high/low book.
Educational Themes:


This is a novel meant for recreational reading. It crammed with action, and Nick is a character kids can relate to. Through the entire story, the author weaves in details about the history of magic and czarist Russia. Both of these themes offer points of interest that can take kids beyond the story itself.

Reading Level:
3.5
Recommended Age To Read By Yourself:
12 and Up
Recommended Age To Read Together:
9 and Up
Age of child:
Teen STAR Review Team, Be the Star You Are!™
Purchase Recommendation:
Borrow, at least. This is an enjoyable story and it will likely be re-read several times just to rediscover some of the nuggets of history. 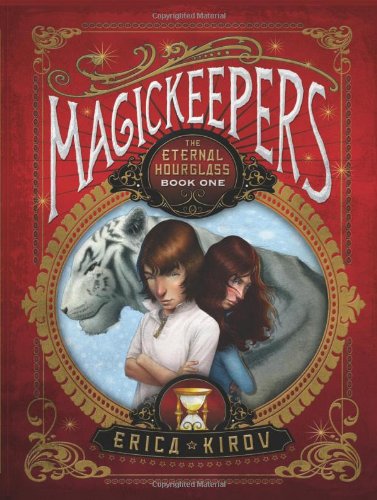 Penelope and Priscilla and the City of the Banished

Chessie Bligh and the Scroll of Andelthor