Today, I’m delighted to begin a new chapter in my academic life as the Andrew W. Mellon Professor in the Humanities @BU_Tweets. The first and only holder of this endowed professorship was Elie Wiesel, the late Holocaust survivor + Nobel Peace Prize winner. http://www.bu.edu/articles/2020/ibram-kendi-mellon-professorship-in-humanities/


Magnus Chase (16) lives on the streets of Boston. Literally. He is a homeless orphan trying to keep to himself after his mother's mysterious death. His Uncle Randolph - a man Magnus never met and whom his mother warned him about! - has been searching for him, and once he's found the boy, tells Magnus about his birthright.  It is a powerful ancient sword that Randolph wants to "help" Magnus reclaim. Learning that he is the son of a Norse god is only the beginning ... war between the gods of Asgard and the fire giants is coming. The time to prevent Ragnarok (the end of the world) is NOW! Magnus is drawn into the fighting and is killed. Now in Valhalla (the afterlife), Marcus begins his education and learns about his mythological destiny.

BTSYA / Teen Reader (14):
This book holds up to Riordan's other stories with similar mythological aspects. I personally really liked the plot and Magnus. The book is well written and playfully characterizes the Norse gods, similar to the Greek gods of the Percy Jackson series. Even though I like Magnus, he is a bit too much like Percy Jackson and I would prefer a more original character.

There is more fighting than the other series. It was too much in my opinion. I would have preferred more interaction among the characters. I give this book 3.5 stars. It has for good characters and plot, but it is a bit repetitive and lacking on the story development side.


Readers who enjoyed Percy Jackson's adventures will find another friend in Magnus Chase.


A war to end the world is the event that drives the plot. Magnus is killed and, according to our teen reviewer, there is a lot of fighting in the story. We found no warnings about a level of violence that would give readers pause, but do not want to gloss over it, either.

Type of Book:
This is the first in a Norse mythology series.
Educational Themes:


The Magnus Chase series is built around Norse mythology. The book will introduce readers to the "key players" and hierarchy of gods ... which could make for interesting comparisons with Greek and Roman gods.

Our reviewer commented that Magnus and Percy are very similar. Use that as a starter discussion: Would they have liked each other (why/why not)? What makes them alike? What makes them different? 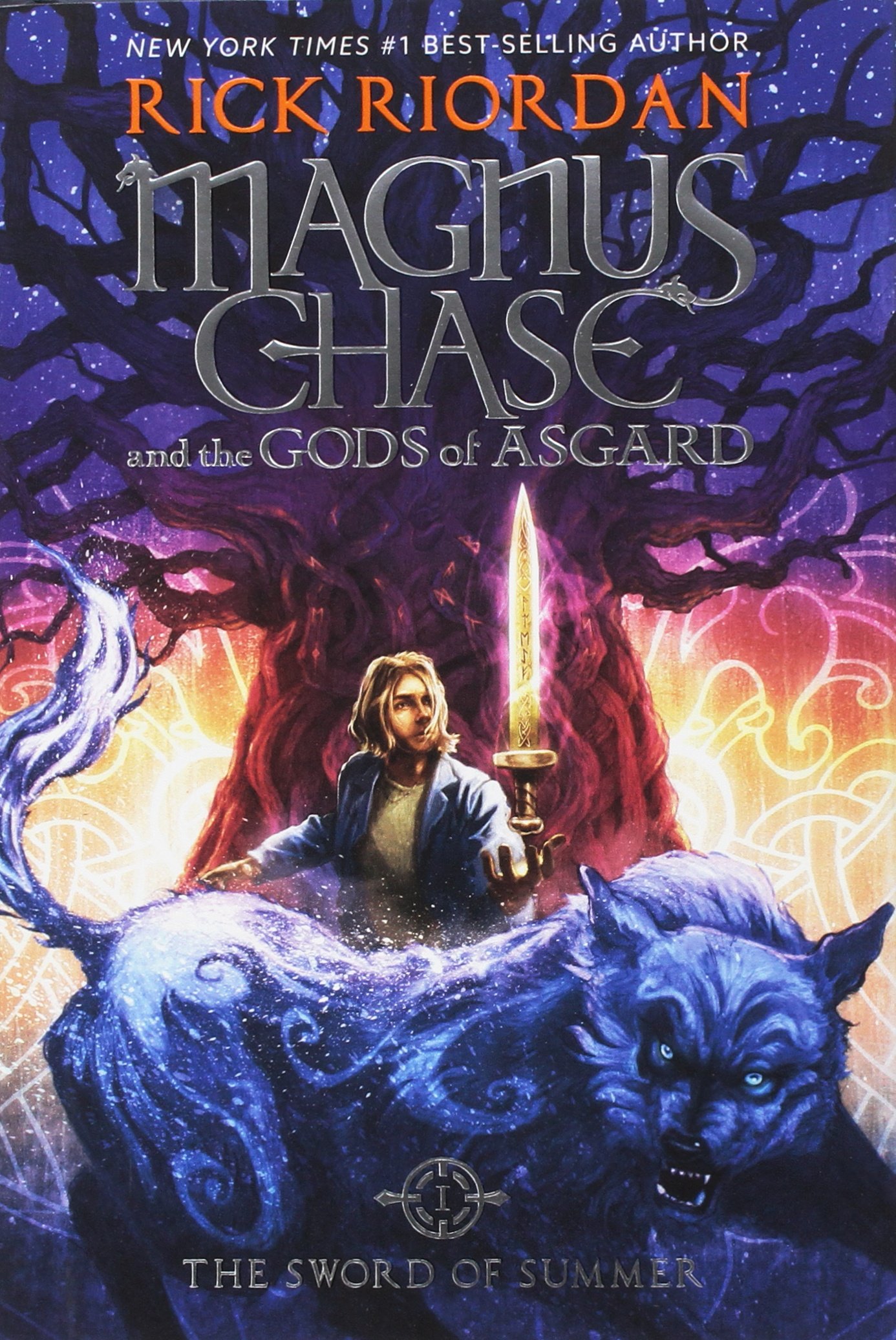