Lida and her sister Larissa are separated after being kidnapped from their grandmother's home in Ukraine. After a medical exam, Lida is put on a train with other children and sent to a labor camp. She befriends three other children: Luka, Zenia, and Marika. When Lida learns that Zenia is Jewish, she gives the girl her crucifix to wear in hopes of protecting her. Although she has just turned nine, Lida says she is 13 in hopes of getting a better job. She first works in the laundry and does sewing. She works there for many months until an officer realizes she likes her job and re-assigns her to the metalwork factory. She and several others came up with a plan to sabotage the bombs, but before they had a chance, the factory was destroyed and they were moved to a new camp.

Ultimately, Lida was rescued by US soldiers and moved to a refugee camp, where she was reunited with her friends in the encampments. She also learned that Larissa had been adopted by a Canadian couple, who was willing to sponsor her immigration to Canada.

BTSYA / Teen Reader (14):
There are many things I like about this book. It is based on real-life events, so while the characters may not be real, the events were. The story gives a realistic idea of what life was like at the Nazi concentration camps in World War II.


Readers who like historical fiction and are interested in different perspectives of historical events will find this interesting reading.

Type of Book:
This is a historical fiction novel told in first-person by a girl who was in a Nazi labor camp.
Educational Themes:


As our reviewer points out, the characters are fictional, but the story is real. Have your readers read other books about the Nazi labor camps? How does Lida's story compare to those? 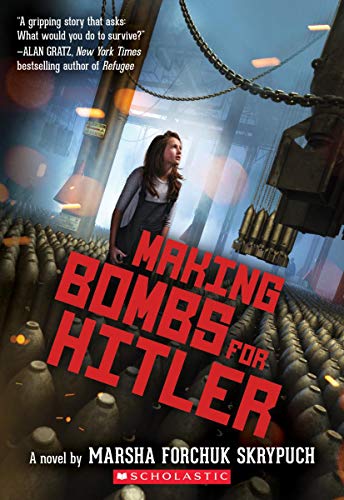 The Nightingale: A Novel

Girl in the Blue Coat