Marco Flamingo is a bird with a craving for adventure. He is curious about what goes on under the sea, and won't let anything get in his way from finding out! He tries a snorkel and scuba gear and finally gets down to the bottom of things ... down to the bottom of the ocean, that is! From racing sharks to playing polo with seals, this bird has spunk. At the end of the day, when his scuba tank is out of air, he reclines on the back of a whale to bring him home.


There are a few times in the book where the story jumps and is a bit confusing. The first page, for instance, says how Marco was excited to be back from his previous adventure, but doesn't say anything else about it. On the last page, he brings back a surprise for his friends: fish in fishbowls hanging from hot-air balloons. How is that possible?


My older son thought the book was fun and interesting. He liked picking out the different animals that he could recognize. This was a book they wanted to read again.


This sort of story would appeal to my mother, but I did not like it. I don't think I took full advantage of the book as I did not attempt to read the Spanish words. If I were fluent in Spanish, I think this book would have had more appeal to me. Second, although this book is fun and is full of spunk and razzle-dazzle, loads of color and a brazen outing into the unknown, I prefer books with animals that are a bit more realistic. The biology was not depicted in a way which I felt my children learned anything about biology. The animals are cartoons, but are anthropomorphized into playing games. If I take my kids on an adventure "Under the Sea," I'd like them to come away with some sort of marine biology lesson. Crazy, fun, but a little wacky for my taste.

Type of Book:
This is a bilingual picture book with both English and Spanish text.
Educational Themes:


This is an adventure story to stretch kids imagination ... and potentially their vocabulary. 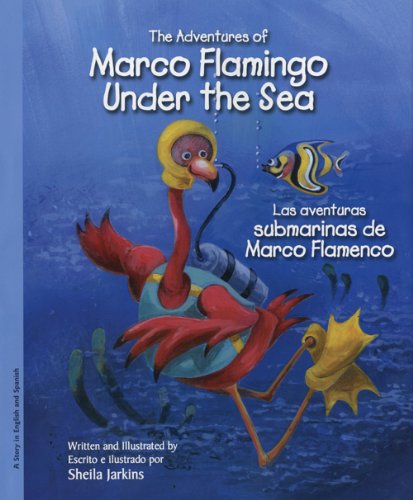 If a Dolphin Were a Fish