Did you know the chances of getting into a plane crash are 1 in 11 million? In fact, your chances of getting into a car crash are significantly higher: 1 in 103. Meet Wayne Kovok (12), a tall, thin, and nerdy, fact-spewing kid who can’t stand awkward silences who is about to defy the odds. Since their divorce Wayne lives with his mom and isn't very close to his irresponsible dad. Still, sometimes he feels torn about what he thinks he should do with his life: Should he be a track star like his father who seems to be better at running away from things then to them? Or his drill sergeant grandfather who is pressuring him to join the military like all the men in his family?

Now he is on a plane returning home from the funeral for his Uncle Ree,d, who was killed during a military deployment. And it is in a nose dive. Wayne wakes up from the crash in a hospital, unable to talk. His voice - the shield that kept everything "away" is gone. In the process of healing, Wayne realizes all that has been left unsaid, and now doesn't hold back. He is able to reconcile with his father and grow into the man his grandfather always knew he could be.

BTSYA / Teen Reader (15):
Although the book is short, there is a lot to explore in its pages. Wayne's life - despite the fact that he is 12 - is complicated. His life, as well as those of other characters, are brought to life beautifully through detail and well-written side stories. Overall, Mayday has a beautiful character development and story arc. It also has an amazing set up between chapters that uses the event timeline to its advantage. Specifically there is a "before" section and an "after" section to help symbolize how time has passed and how Wayne has  learned and  grown from his experiences.

However, one thing I didn’t like is the redundancy. Because the story is told from Wayne's perspective, some things will be repetitive. However, wish that it would have been worded a little different at points because the sayings became repetitive, fast. Other than this though, I enjoyed this novel greatly and would would recommend this book to any age group. It teaches valuable lessons and has quite a few good facts embedded throughout.

Mayday works good as a gift to anyone really, as it doesn’t exactly have a set genre. This book is honestly quite entertaining and is a quick read. I highly encourage you to read it and I hope that you enjoy it as much as I did.


Readers who like stories that are realistic but bring out the best in their characters will enjoy Mayday. Anyone with an interest in the military or from a military family will also appreciate the book.

Type of Book:
This is a realistic fiction novel about a boy who, after suffering an accident, takes his opportunity to address unresolved personal issues.
Educational Themes:


Most of the themes in the book center around Wayne. Not just his engagement with family members, but also how he deals with his own personal conflict and the expecations of others. These are themes that can always create great discussion with pre-teens and encourage them (unwittingly) to reveal their own struggles. 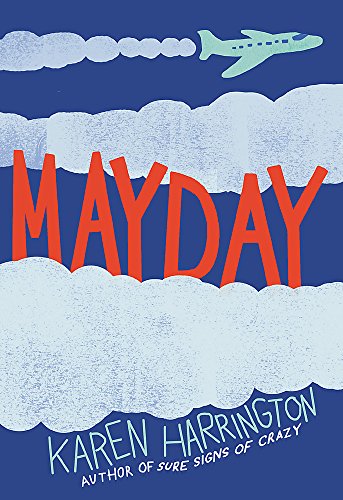 Sure Signs of Crazy