"Those books" can be the catalyst for great, important discussions! #BannedBooksWeek #WeReadBannedBooks


Winnie Mehta had thought she had found her soulmate: her boyfriend Raj. After all, a pandit (horoscope reader) predicted she would meet "the one" before her 18th birthday. Their fate was clearly written in the stars - but then she catches him cheating on her. Then he announced their breakup, and as much as admitted he was cheating on her via Facebook. Now Winnie is forced to work with her ex to head the film festival, deal with the social fallout of the public breakup, and keep fighting for the position of lead for her film school application. The future that has been set out for her is crumbling before her eyes. Winnie has enough on her plate without worrying about stupid boys, stupid prophesies, stupid soul mates.

Enter Dev Khanna, a fellow film geek who may or may not be more charming than Winnie thought. He was the only one who truly understood her (and didn't side with Raj-publicized break-up). He challenged her to look beyond her horoscope to find a destiny that made her happy. But! Would choosing Dev mean turning her back on the surefire future that she had always known? To help her Bollywood life go on, Winnie must enlist the help of those around her, and learn that even when you think it's all over, the movie isn't quite done yet.

Teen Student Volunteer (16):
Overall, I enjoyed My So-Called Bollywood Life. I loved the tribute to Winnie's Indian culture. The book has a very light and fun atmosphere, and it's endearing to see Winnie's friendship with her best friend and the bonds she has with her family (especially her grandmother).  The idea of prophecies and soul mates is also something that really appeals to me, so I loved that this was also something of importance in the book and not brushed over as "old-school."

The Bollywood references (though quite heavy at times) were enjoyable to read and reference. The various film references and mini-reviews at the top of each chapter are engaging to read, as is the glossary of Bollywood films at the end of the book.

Winnie's obsession with boys, despite labeling herself as a "different girl" can get tiresome. She spends much of the book shaming Jenny (the girl Rav cheated with)  and readers cannot get through a page without her whining about choosing between two boys. Otherwise, a light-hearted and fun book that is, admittedly, very cheesy.

For people who aren't fans of Bollywood or the cheesiest of cheesy romances, this book may be a little difficult to get through. Even though I wouldn't read it more than once, I definitely recommend picking it up at some point in your life. It's a perfect book to read to unwind before bedtime and get sucked into the dramatic world of a Bollywood life.


If Rom-Coms and/or all things Bollywood are your jam, you're going to like this one!


Teen reviewer notes that "everything seems rather family-friendly, save for a few kisses here and there." There is mild profanity.


This book does a good job educating readers on the importance of being in control of your own destiny, and finding your own happiness. It also shows how much strength is needed to go about your own way in life and remain passionate about what it is you want to do - regardless of whether or not others believe it is a good idea. Throughout the novel, there are also many references to Bollywood movies and Indian culture, educating readers on those aspects as well. 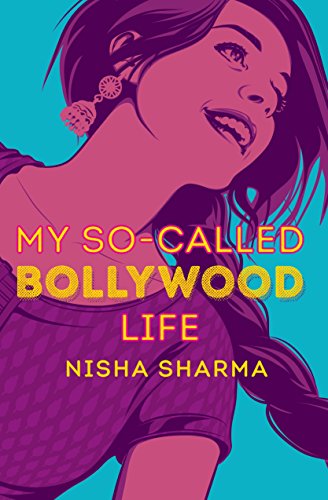 From Twinkle, With Love