"This isn’t rocket science, but it requires a fundamental shift in the way we think about and consume information. " ~ Sam Wineburg #Scientists Are Teaching Young People to Detect Fake News https://bit.ly/3o1ntkM via @GreaterGoodSC


Quentin Jacobsen and Margo Roth Spiegleman have been friends since they were nine years old. Quentin has been obsessed with the popular Margo (who lives next door), so when Margo comes to his window at midnight just as they are getting ready to graduate high school, he is "all in" for spending time with Margo. She enlists him as her “getaway driver” and partner on a crazy adventure. The next day, just as Quentin is hoping for a new chapter in their relationship, Margo has disappeared.

She got revenge on everyone who has harmed her and vanished. She has run away before, and her parents are tired of her cryptic clues of where she's gone. This time, though, the clues seem to be for Quentin to uncover and decipher. With the help of his friends Radar and Ben, and Margo's best friend Lacey, the teens embark on a seemingly endless journey alongside to find and rescue her.

BTSYA / Teen Reader (19):
With its constant pace and excellent writing, Paper Towns is a very good and comfortable read. I really admire the way John Green uses language to make every character unique and bring them to life as the story unfolds. The characters are likeable and unique, and their interactions are genuine and realistic for their ages. That made it exciting to anticipate their actions and exchanges in conversation.

Despite its riveting themes, the book tends to be a bit slow, especially during the second half. Most of the novel surrounds Quentin’s search for clues: the attempt to find connections between them and Margo; and the long road trip he and his friends take to track her down. I would like to have had more development in other characters rather than Quentin's inner monologue about Margo, about whom he barely knows anything. There is a reason for the search, but more of the story could have centered on the budding relationships between an unlikely group of friends. The book is anticlimactic in that sense, and gives the reader a hollow feeling after completing it. There is no real “resolution” of any kind, but I still really enjoyed it.

I recommend this book for readers 13 and older. I remember hearing about it when I was that age, and it was popular at that time. The story and characters are relatable in the contexts of teen angst, first love, and a desire to strive for more beyond a quiet, suburban town. I would borrow it from the library. If I bought it, I'd go to a used bookstore.


Realistic fiction lovers and those who like to watch characters pop from the page and grow as people will find this an enjoyable, comfortable read!


The plot contains occasional vulgar language, alcohol consumption, and mentions of explicit acts, but does not go beyond that.

Type of Book:
This is a first-person story about seeing people for who they are, not what we dream them to be, and accepting ourselves in the process.
Educational Themes:


There is a lot of character development and change through the book. As the story unfolds, more is revealed about why Margo disappeared ... ask your reader what clues were there earlier in the book that could have helped them. How was Margo asking for help? 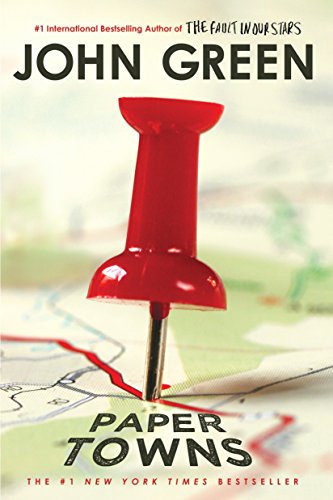 Since You've Been Gone