Theodora "Theo" Cartwright (17) has a passion for ballet and dreams of becoming a professional dancer. She also has an eating disorder, but her parents are aware and supportive. She learns on the news that her best friend Donovan Pratt, who was abducted four years ago, has been returned home. The accused abductor is Chris Fenner, age 30. Theo realizes it is the guy she knew as "Trent." Trent told her he was 18 when he befriended Donovan and her. She never realized the guy was an abuser and had taken advantage of them.

Theo has been asked to testify. She is worried because she is not sure if Donovan left intentionally or was taken against his will. She is afraid to reveal the truth because she thinks it will ruin her chances of getting into the summer dance program and it could get someone into trouble. She feels she must talk to Donovan before the trial., but he is not communicating with her. She calls multiple times, no answer. She shows up at his house but he will not come to the door.

Leading up to the trial Theo has flashbacks from four years before: having sex with Chris (Trent) in the back of his car; him telling her to keep the relationship secret; and the feelings she had for him. Theo spots Donovan as he is walking into court. There are no words but just looking in his eyes, she knows what she must do.

NOTE: The story deals with themes of self-harm, eating disorders, and sexual exploitation of minors. These could be triggers for some reader.

BTSYA / Adult Volunteer Reviewer (41):
I love this story because it deals with so many real issues. The story has many moving parts, it is uplifting, and also sad. Colbert touches on eating disorders, self-harm, drug use, sex, sexual exploitation, smoking, and drinking. She also shows how important friendships are.

I really liked the way the author shows Theo's growth. Theo makes many bad decisions, has issues with herself, and secrets she lives with. In the end, readers can see she comes a long way in recognizing her self-worth. I also enjoyed the supportive adults, including parents, teachers, dance instructors, and counselors.

I recommend this book to young adults15 and older because of the subject matter. It is a true gem and worth the read.


This is a gritty, no-holds-barred story. It will appeal to anyone who likes mysteries and watching police procedurals, but it will also appeal to readers who like stories where hope is part of someone's journey and growth. Our reviewer calls it a "true gem."


The story involves sexual assault, drug use, and violence; characters use profanity.

Type of Book:
This is a contemporary realistic fiction novel about a girl who has to make a choice about her future based on the behaviors of her past.
Educational Themes:


Theo's choices over time can generate excellent discussion. Her flashbacks, specifically, can offer a safe way to talk with young people about predators, sex, sexual assault, and consent.

Donovon's trauma is severe and PTSD is a real, logical outcome of his experience. Should Theo have trusted "his look" before making her decision about what to say in her testimony? What does your reader think: did she do the right thing?

What do you think will happen next for Donovan and Theo? 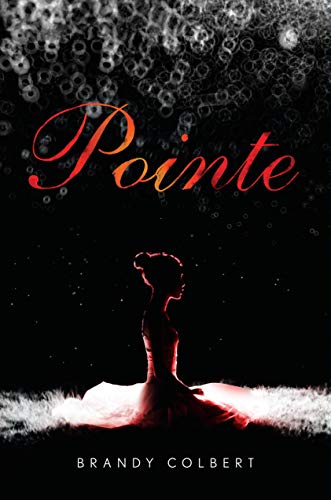 Eleanor and Park: A Novel