Yanek Gruner is 10 years old when German soldiers start infiltrating his home town, Krakow, Poland in 1939. As a Jew, Yanek’s life changes drastically. Used to playing boyish games, he is now fighting for his life. When the Nazis start sending Jews to work camps, Yanek and his family hide in a chicken coop, convinced it’s the only way to avoid being taken. It is not enough to shield his parents, who are taken away. Now 13, Yanek must fend for himself in a terrifying world. When he is taken prisoner, Yanek (now 16) encounters a whole new evil that even the hardships of previous years could not prepare him for. He experienced many near-death experiences and heartbreaking moments.

Yanek is a forced laborer in a series of wok camps, with long death marches between them. The one consistency is that he and the other prisoners are given barely enough food to survive, and have horrendous living conditions. As life gets harder and harder, Yanek must push through all the misery and despair to survive. In this heart wrenching and terrifying story, Yanek must find the will to keep living in the darkest of times - or die trying.

BTSYA  / Teen Reader (13):
I really enjoyed reading Prisoner B-3087 and how it captures Yanek's inspirational story.  It is written simplistically, but there are lots of details and everything is well put together. By meeting Yanek before the Holocaust, we are able to see just how devastating his losses were. The story is so vivid that I could feel what Yanek felt as I was reading: his despair when his parents were captured; the terror mixed with determination at the work camps; and small but bursting amounts of joy, too. The book has made me think about the Holocaust in a deeper way.

As much as I liked the book, the story got a bit repetitive. After a while, the misery and cruelty were overwhelming. There’s only so much you can read about suffering without getting a little bored with it. Aside from that, the story is extremely captivating and I would highly suggest this book to anyone 10 or older.

BTSYA / Teen Reader (14):
This book is heavily requested for reviewed by many people in the Be the Star You Are! community, and with good reason. Prisoner B-3087 represents the life of a Jewish Holocaust prisoner during the long, dark years of World War II. In addition to opening our eyes to the sadistic behavior toward Jews in concentration camps, it also shows how bad the concept of war is.

There is a sense of friendship in the story, which explores the the complex feelings of survival and “all men for themselves.” Throughout the book, Yanek (a charming boy who never gives up) weighs these opinions and more in dialogue that really makes you think. Th story also has a sense of adventure, as Yanek faces adversaries everywhere, yet expertly evades them while navigating his own survival. The connected storylines (10 camps,10 good stories) tie together to keep story’s flow stays consistent across chapers. Characters are established with such depth that yo ubelieve these fictional characters are real for the time.

As good as this book is, I found the pacing uneven. It derailed into another discussion and then, without warning, came back again. It is an unfortunate mistake and made me feel weird as I reading. There are some very slo parts, so if you read quickly, you may struggle through those parts.

I understand that the author intended this for younger audiences and so glossed over some of the more grisly realities, but I also think that took away some of the impact that was actually needed in parts of the book. I

Nevertheless, despite the problems with the length (should be way longer) and with pacing (cutouts of the story), Prisoner B-3087 is still captivating. I would recommend this to any mature middle grader ages 9 and up. While there is no profanity, there is violence. Some themes may need to be explained, so it is a book adults may want to read alongside their preteen. I will recommend this book to others to borrow from the library sometime soon!


Readers who like survival adventures will be captivated by this fictional - yet very realistic - story of a boy trying to survive the Holocaust. Don't mistake this as "just" historical fiction - it is an inspirational story and Yanek is a character whom young readers will connect with.


The backdrop for this story is the Holocaust. According to our teen reviewer, "the violence is a little extreme at some points, but not too bad as Holocaust books go."

Type of Book:
This is a first-person story about a Jewish boy during the Holocaust. Yanek is based on a real person, but because some details have been changed, it is considered historical fiction.
Educational Themes:


Prisoner B-3087 can be a starting point for additional, nonfiction histories of the Holocaust and the Nazis rise to power, as well as biographies of survivors. There are ample books that offer personal, true stories like Yanek's.

Separating the history from the character, there is also plenty to discuss Yanek's state of mind and means of dealing with unimaginable loss. What were his best character traits? What made that possible? are two questions to get you started. 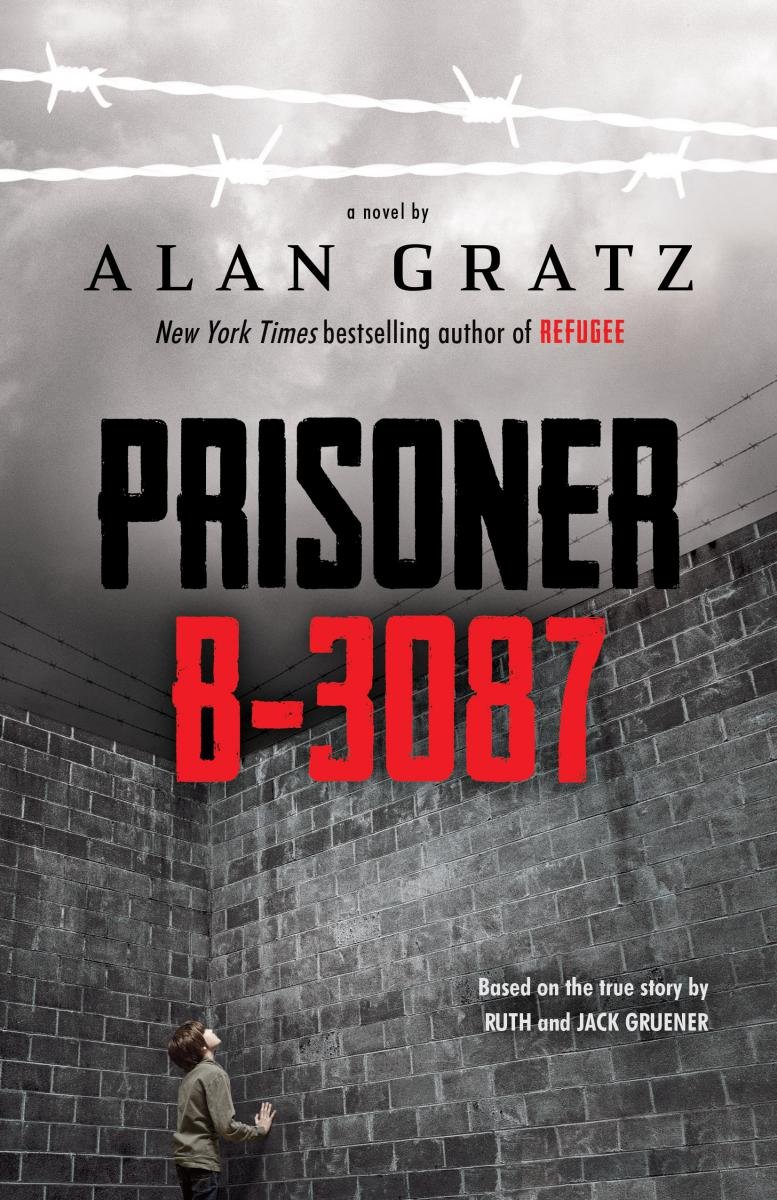