Because of his bravery and heroism, Private Matt Duffy has received a purple heart. Private Duffy doesn't feel like a hero. He is haunted by the memory of a young Iraqi boy named Ali (10) whom he had befriended. There is a lingering feeling that he is somehow responsible for Ali being shot in the chest, but because of his traumatic brain injury, he cannot recall how he was involved. Having recovered from his injuries, Matt returns to Iraq and his military family.

One day on patrol, Matt realizes they are just one block away from discovers that they are only a block away from the alley where Ali was shot. While investigating the area, memories begin to return. Matt sees the bullet hole, as well as an open window, which would be a logical place where Ali could have been shot. As more memories return, Matt realizes that it was Justin who shot Ali.  As he is processing his memories, there is an explosion. Two of the members of his team are killed. Matt desperately wishes to return to the soldier he used to be, but the trauma renders him incapable of pulling the trigger when the time calls for it. The story ends with Matt getting the last pieces of information he needs to repaint the picture so he can move forward.

BTSYA / Teen Reader (14):
I enjoyed this novel because of the way the author presented the perspective of American troops, but also details about the lives of regular Iraqi citizens living in a country of war. Purple Heart also clearly presents the idea that guilt is a very complex, multi-dimensional issue where there is no clear answer.

Given the mature content and offensive remarks, this is a book for older readers. This would be a book to borrow from the library.


Even if you aren't interested in military subjects, if you want to understand trauma (interested in psychology), friendship, and expand your cultural knowledge, Purple Heart is a good choice.


There is content that teens and adults may find offensive, including profanity, misogyny, and gay stereotyping.

Type of Book:
This is a book that may appeal to readers interested in the military, history, or psychology.
Educational Themes:


Although fiction, the story does present real information about being in a war zone. Readers interested in psychology (even if not military subjects) may find this an interesting read. 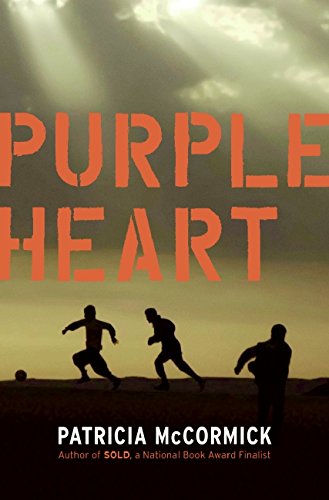