One afternoon, Sally Simplesmith was missing her mom and telling her about how hard life was now. Dad tried hard, but he poured everything he had into his work. Why can't she die, just like her mom? It's not like she had any friends ... and then, a skeletal little dog appeared, jumped in Sally's lap! A gift from her mom. Bones helped Sally see the world a little differently, and things were beginning to change. Until Bones is accused of a crime he didn't commit. Can Sally prove Bones' innocence?


Upper elementary and middle grade students will love Sally for her individuality, perseverance, and loyalty. The rest of us will love the story for its engaging mystery.


Although the playful, lighthearted nature of the book sets the intended reading audience as children and preteens, the rich, incredibly varied vocabulary exceeds the reading level of a typical ten year-old. For example, kids may stumble over terms such as “faux pas” and “ad naseum”, but as these terms are usually used in reference to another scene, the meanings can be guessed. This story also has a more sinister, spooky edge to it, especially in the beginning, but as with most children’s books, there is also a moral to the story.


Sally's Bones is clever wordplay set against a charming plot. What you think are stereotypical characters turn out to be more complex than their names suggests. While the characters’ main attributes can be initially inferred from their names, which make them easier to remember, they seem to grow around their stereotypes to reveal a unique character that can be comparable to a real person’s. Expertly chosen synonyms, cliches, and words with double meaning add a humorous touch and give the reader a sense of the story’s tone. At times, though, the plot was mediocre and predictable. All in all, it was a simple, short, but sweet story with a dramatic flair for words.


At first I was a little weary of the story, as Mom is dead and Sally is wishing to die, but that quickly gives way to a well-developed story of the here-and-now that girls (and boys) can relate to. The characters are solid, and the "evil-doers" are caricaturistic enough that it takes away some of the darkness (think Cruella deVille). There is just enough of a cliff hanger at the end to leave the reader wanting to know what happens next for Sally and Viola.

Type of Book:
This is an engaging mystery for middle grade readers.
Educational Themes:


This is a story about character. The characters and the events that entwine them give you plenty to talk about. This is a GREAT selection for a book club, and it would be fun to talk about how readers see Sally and Viola's relationship in the future.

Reading Level:
5.7
Recommended Age To Read By Yourself:
9 and Up
Recommended Age To Read Together:
8 to 10
Age of child:
Teen STAR Review Team, Be the Star You Are!™
Purchase Recommendation:
Buy. This is a great mystery, but even after you know how it turns out, Sally is a friend you can go back to on a tough day for a hug and some comfort. 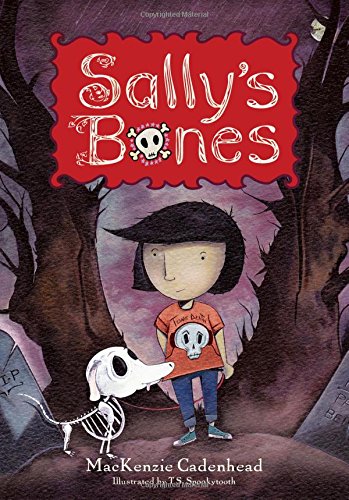 Nathan Quist and the Curious Affair of the Crescent Earrings