Twins Shalara and Talara are training to be accepted as apprentices. Each must learn a trade so that they can contribute to society. Talara is training to join the Warriors Guild, following in her parents footsteps. Shalara's passion is helping others, and she wants to train for the Sorcerer's Guild. However, because she is blind, her parents have told her no, she will train for the Musician's Guild. Determined to prove that she can be a healer, Shalara (with the help of her sister and friend Tavin) studies for the Sorcerer's Guild in secret. When the day comes to declare her choice and be tested, will she have the courage to reveal the truth?


Readers will enjoy this fast-moving adventure about strong girls following their dream. This is a very nice choice if you're looking for characters who twins and /or visually impaired teens can connect with.


The medieval setting is inconsistent, in scene and conversation. [It's doubtful young girls would talk about their parents 'freaking out' in the 13th century.] If you don't like books where children go behind their parents' backs and lie about their activities, you may be uncomfortable with this book.


Shalara’s Secret Quest was a nice, quick read focusing on a girl trying to overcome her handicap and achieve her dream of becoming a sorcerer. I liked how both Shalara and Talara grow in this story and eventually prove those who don’t believe she can become a sorcerer wrong. For children with handicaps this would be an inspiring book to read. Young girls would probably like this story as well since both girls are twelve. This book was an easy book to read and carries an inspirational theme.


Shalara's Secret Quest is an enjoyable, fast read. There are some interesting tidbits about castle life and the medicinal arts. The sisters' relationship is an insightful look at twins and a well-developed parallel theme to Shalara's quest. Together and individually the girls are strong characters to whom readers will relate.

Type of Book:
This is a middle grade novel set in a modernized medieval world.
Educational Themes:


This is primarily a story about Shalara and Talara's training for specific trades. The crux of the story - and one where you can build conversation - is Shalara's blindness and the choices she made. Is she a heroine? 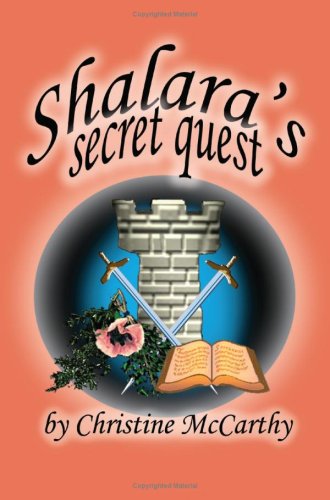