"A common request from YA readers: aren't there any good titles where romance is not a driving force in the [plot]? Rest assured, although [they are hard to find], they do exist." @teeveejeff 10 #YABooks w/ No Romance For When You’re Out of Love https://buff.ly/2ZdcNrs @BookRiot

"The interesting thing about cloth books is that ... because they’re made of fabric and other materials, they are often grouped in with toys, not books." @DanikaEllis 24 Cuddly Cloth Books for Babies and Toddlers | Book Riot https://bit.ly/3xdhhuI #GiftIdeas @BookRiot


Eelyn (17) was raised to be a warrior. She fights alongside her fellow Aska clansmen against their rivals, the Rika and Herja. During a recent battle, Eelyn spotted her brother Ire. Not only is he not dead (she watched die five years earlier) but he is a warrior in an enemy clan, fighting against his family. When the Herja Warriors launch a ruthless attack against Riki, Eelyn becomes determined to bring the two clans together. She succeeds, in part, because she is rescued from near-death by Fiske, a Riki clansman. Eelyn doesn't trust Fiske but over time finds herself fighting her love for her brother's friend.

BTSYA / Teen Reader (16):
I would give this book a ten out of ten. It was so really good and I liked it from beginning to end. Because it was very interesting, I finished it really fast. I finished it really fast because of how interesting it was. This is a fantasy adventure and a romance that is told in a very visual way. I was able to picture the war and everything. It has some big vocabulary words, so I recommend it to a person who is 13 or older.


If you're a reader who likes to watch a movie roll through your mind as you read, this is the book for you!

Type of Book:
This is a fantasy adventure built around concepts of Viking history.
Educational Themes:


The underlying themes of this book are family, loyalty, and trust. Eelyn is the lens through which we see these things. 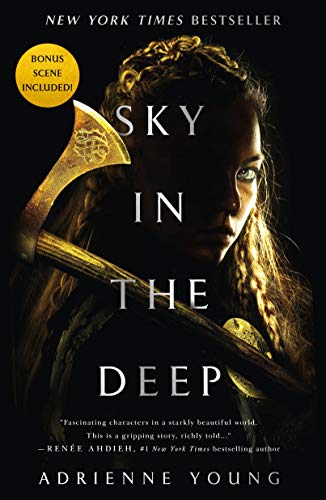 Crispin: The End of Time