NYC public elementary school teachers, I know there are many unknowns right now, but if you are reading one of my books with your class/book club and would like a free virtual Q&A session with me during the upcoming school year, my DMs are open. ❤️(PS75 class of '79)

Gonna grab a glass of lemonade and sit-a-spell to listen. August is perfect for audiobooks. [Okay, every month is, but August is just hotter.]


Before World War II, the Japanese invaded and occupied Korea. Their treatment of the Korean people was atrocious and inhumane. In August 1945, after the atom bombs were dropped, Japan surrendered and withdrew its army from Korea, stranding thousands of Japanese civilians. Eleven-year-old Yoko Kawashima tells us her story. Until now, her parents have protected and pampered her and hertwo older siblings. Now, their world has been turned upside down by the need to evacuate and immediately return to Japan. They miraculously escape from Korea, only to find their homeland totally devastated and their family, friends, and neighbors suspicious and wary of them.


This is a personal story with universal themes about the importance of treating others with dignity, respect, and kindness.


I liked this book because it tells of a girl fighting with life and death. I picked it because I had read it before and liked it. I thought it was going to be a vacation, not life or death. I like how it ends.


This is a terrific read. Even though the book is technically “historical fiction,” the author and her family actually lived through the Japanese occupation of Korea, the escape of Japanese civilians from Korea, and the devastation of the bombing of Japan. Yoko shares all of her selfish confusion, fears, and frustrations with the reader. The challenges were daunting but the results were most rewarding.

Type of Book:
This is a true account of the author's life in Japanese-occupied Korea at the end of World War II
Educational Themes:


The story, though fiction, is filled with factual details about occupied Korea and World War II. There is plenty to explore not only as a study of history, but also in understanding human emotion, dealing with challenges, and how war affects children.

Reading Level:
4.7
Recommended Age To Read By Yourself:
10 and Up
Recommended Age To Read Together:
10 and Up
Age of child:
Reviewed by students at North Junior High School, St. Cloud, MN, as part of the Use Your ABCs program.
Purchase Recommendation:
Buy. This is a terrific story. It highlights some of the most horrible attributes of war and man’s inhumanity to his fellow man. At the same time, it demonstrates the impact that simple works of human kindness have in helping people successfully cope with 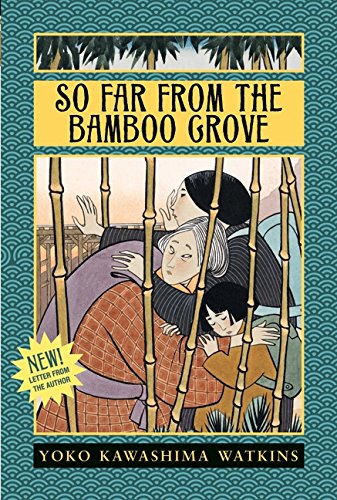 The Case Against My Brother

Night of the Moon: A Muslim Holiday Story