17-year-old Cecile de Troyes’s plan to leave her small village and move to Paris is interrupted when she is kidnapped and thrown into a world that she thought was a product of myths and legends. Trollus is a cursed city from which its inhabitants, trolls, cannot leave. Cecile is sold to the royal family and forced to wed Prince Tristan. Their marriage was prophesied to break the curse and allow the trolls to enter the human world, but it failed. Now trapped in Trollus, Cecile slowly sees that things aren’t as black-and-white as she originally thought. Not every troll is an enemy, including Tristan. She forges an unlikely alliance with him. As they work together towards the same goal, Cecile finds that while their marriage had failed to fulfill the prophecy, she could still be the key to freeing Trollus.

BTSYA / Teen Reader (16):
Danielle Jensen is a master at worldbuilding. I’ve read three of her other books, and this is consistent with those. She doesn’t infodump nor does she give scarce details and hope the readers will fill in the blanks. Jensen provides details about Trollus by relaying information as Cecile sees or learns about it.

The first big detail is that the trolls aren’t like those rocky creatures from Frozen or like small and fluffy (a la Trolls). These ones are similar to humans in stature, but some are deformed while others are extremely beautiful. Then, we get to know about the politics within this world, the magic and legal systems, the geography, the history—you name it. And one of the best parts is that Trollus’s citizens aren’t all from the same mold. They hold different, often contradictory beliefs. This makes for a gripping story because Cecile has to struggle with her loyalty to humanity and her growing fondness for the trolls whom she wants to help.

There is also an excellent enemies-to-lovers arc. Tristan and Cecile first hated each other: Tristan because he thinks humans are inferior, and Cecile because she was kidnapped and forced into marriage. They became allies, steadily developed a friendship, and eventually, they fell in love. It was believable. The two were well-written and compatible, so their relationship was beautiful to read about.

I’d recommend this book for anyone who enjoys a good fantasy with an enemies-to-lovers trope and likable characters.


Fantasy lovers - especially those who love requisite, well-developed world-building - will be captivated by Cecile, Tristan, and the trolls of Trollus.

Type of Book:
This is the first book in a fantasy trilogy set in a world ruled by trolls.
Educational Themes:


Our reviewer noted that Jensen's world-building is well developed and extensive. Does your reader see any parallels to places - or people - they've encountered? Is Trollus somewhere they would want to live? Why or why not? 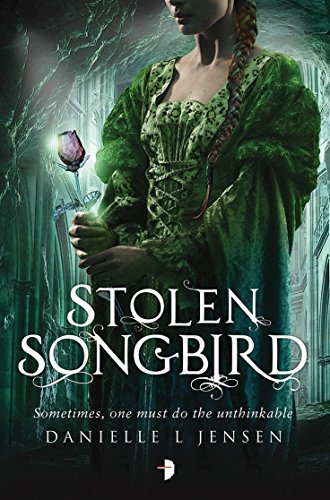