Leon, his four brothers, mother, and father had a good life. That is, until the Germans invaded Poland. Leon was 10. As the Nazis continued their ruthless destruction and torture of Jews, Leon was separated from his father, brothers, sister, and last, mother. Fate intervened in the person of Oskar Schindler. Schindler's List included Leon - who had to stand on a wooden box to perform his work in Schindler's factory.


This first-person history of life in Occupied Poland during World War II is moving, engaging, and serves as a model of resilience for teens today.


None, really. There were times when I thought the book glossed over some of the atrocities or made light of them, but all in all it was an exceptional read.


I thoroughly enjoyed this book. It created a new view about the Holocaust, one that I had never experienced before. Seeing how these boys were affected from a different viewpoint than those in concentration camps gave me a better picture on how many people were affected by the Holocaust, despite their religious denomination. I believe that this book will also open your eyes to the widespread impacts of the Holocaust and Schindler’s factory. I would recommend this book to those ages 11-13 due to the nature of the story and the difficult situations that are presented in the book. This is one of those books that I personally would love to own. This is a nonfiction novel, written like a story, if you enjoy nonfiction, then this one’s for you.


This is a beautifully told, moving story. Not only for the history and sense of what it was like to be a Jewish child in World War II Poland, but for the unyielding perseverance. What struck me most about the book was how Mr. Leyson left me feeling even more bitter about what the Nazis did, but how he did not carry that himself.

Type of Book:
This is a memoir about World War II told by a Polish survivor of the Holocaust.
Educational Themes:


This is book that explores World War II, and more specifically the Holocaust, from a different perspective - even different from Anne Frank's diary. It would be a good introduction to Oskar Schindler and his life, as well. 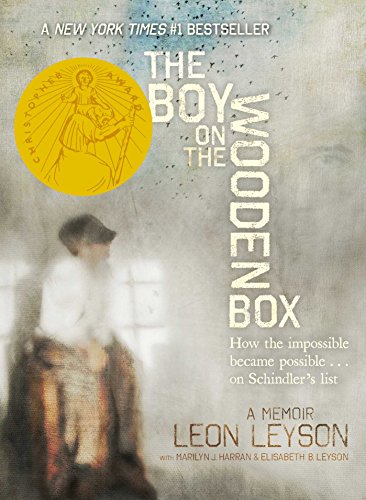